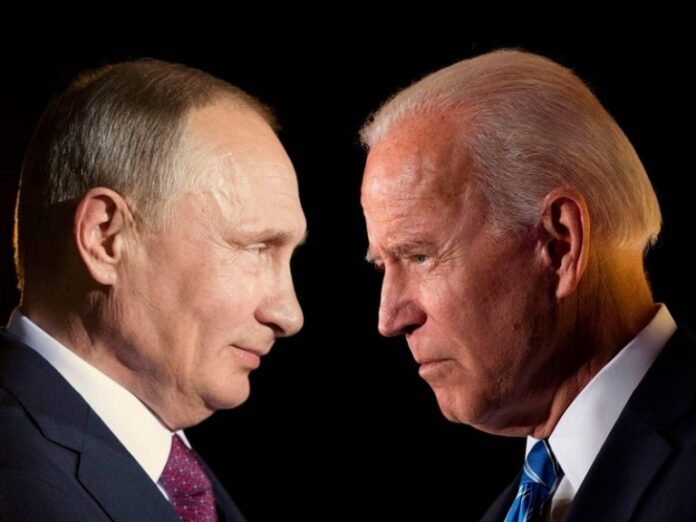 For the first time ever since the collapse of the Soviet Union, the Kremlin has put its foot down. No NATO for Ukraine and Georgia. Period.

As I predicted would happen, the Kremlin’s acceptance over many years of insults and provocations encouraged more until Russia’s very existence became threatened. Now that the foot has come down, will Washington’s arrogance and hubris allow Washington to notice?

Not if the Russian media keep whining about unfair treatment of Russia, now denounced for allegedly not meeting its WTO commitments and threatened with being kicked out of the international monetary and payments system.

A great power doesn’t whine. It presents as a danger that other countries avoid antagonizing. But this has not been the Russian way. The Russian Foreign Ministry sports its good will and good intentions as if Washington cared. Washington does not.

Washington sees Russia as an obstacle to Washington’s power and hegemony. Washington’s only interest is to destabilize Russia. Washington is willing to negotiate as long as it is Russia’s surrender.

READ MORE: The Outlook for the New Year. The Insanity of Nuclear War against Russia

Have the Kremlin and Russian media noticed that Nuland, the Obama regime assistant secretary of state who oversaw the US overthrow of the elected Ukrainian government and installation of a Washington puppet hostile to Russia, has now been promoted to Undersecretary of State in the Biden regime?

Washington always promotes those who cause trouble for Russia and gets rid of those who do not. President Trump, who wanted to normalize relations with Russia, was confronted with three years of “Russiagate” and evicted from office in a stolen election. Trump was proposing to leave the US military/security complex without an enemy–an unforgivable offense.

I understand that Russia wants peace–so do I–but the way you get peace is to show that you do not accept insults and provocations, not that, as Lavrov always says, “we are willing to negotiate with our partners.” In Washington good will is regarded as a weakness. It encourages provocations that eventually go too far and result in war.

Lavrov should have said: “Russia doesn’t accept insults from enemies.” The only thing Washington wants to negotiate with Russia is Russia’s surrender. Washington’s terms are: Russia can be part of the West as long as it is a puppet state like France, Germany, UK, and all the rest.

Had Russia shown strength and dangerousness instead of good will, the West would have approached Russia asking to negotiate. Russia will not ever have meaningful negotiations with Washington until Washington fears Russia. A country whose top officials and media are always whining about being treated unfairly is a country that Washington will NEVER take seriously.

The original source of this article is Paul Craig Roberts