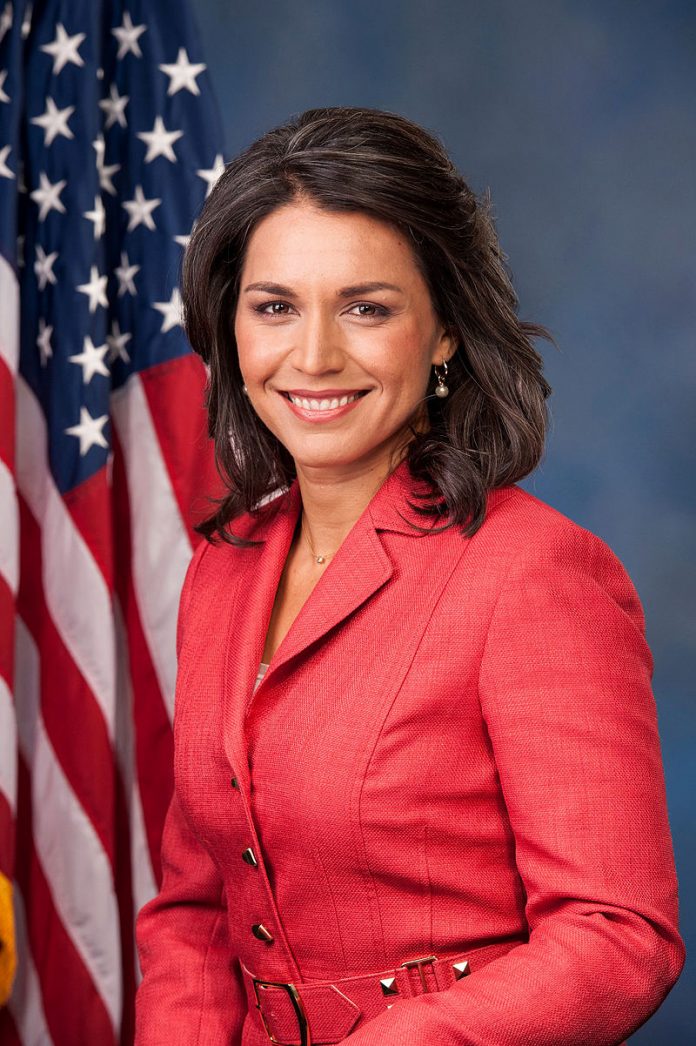 WATCH: Tulsi Gabbard US Congresswoman and veteran from Hawaii bravely travelled to Syria to find out what the Syrian people have to say, in spite of massive criticism from her peers. She says that the Syrian people are pleading for the United States to “stop supporting terrorists in Syria, so that they can return to some semblance of normalcy in their lives.”

Immediately after returning from #Syria, just two days ago Tulsi re-introduced a bill (H.R.608) that if passed, will prohibit the US government from using taxpayer dollars for providing assistance to al-Qaeda and ISIS https://www.congress.gov/bill/115th-congress/house-bill/608