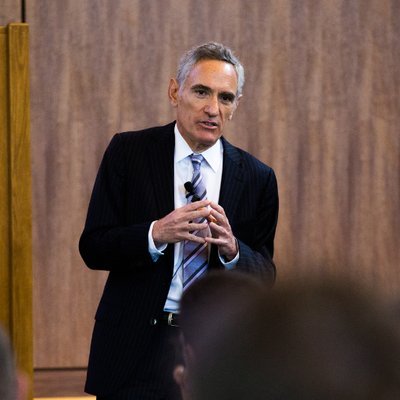 It is now official: Dr. Anthony Fauci has been “sidelined” by president Trump. This is nothing new. In fact, in the course of the last few months Dr. Fauci has been actively sidelining the presidency.

Dr. Fauci has not been fired as head of the NIAID. Moreover, it is unclear whether this new appointment will trigger a significant shift in US government policy regarding Covid-19.While Dr. Fauci no longer briefs Trump, he nonetheless continues to play a key role. He interfaces with key health agencies of the US government, foundations, the US Congress, not mention his links to Big Pharma. He has played a central role in the media disinformation campaign..He is firmly supported by the Democratic Party. He has no intention to resign from his position as head of the National Institute of Allergy and Infectious Diseases (NIAID) which plays a central role in the management of the pandemic together with the CDC headed by Dr. Robert R. Redfield. Both the NIAID and the CDC are corrupt entities..Dr. Scott Atlas, who has now joined the covid task force as advisor to the White House  “warns against coronavirus overreaction and hysteria, pushes for the reopening of schools and sports leagues, and downplays the need for broader testing to root out the virus.” (Politico).The fear campaign must be ended. It is based on lies and fabrications. Censorship of medical doctors should also be addressed..The crucial issues are the reopening of the US economy which is absolutely fundamental together with the repeal of social engineering, the reopening of schools, colleges and universities..The lockdown of the US economy should not be an election issue. It must be repealed as part of a national consensus. Paralyzing economic activity is not a solution. Quite the opposite..The Joe Biden election campaign is being pressured to retain the lockdown of the US economy as a means to resolving the covid-19 pandemic. What utter nonsense.The closure of the economy is the cause of mass poverty and unemployment.Ironically, largely as a result of the fear campaign, Joe Biden is supported by sectors of the Left as well as the AFL-CIO which represents millions of American workers who have lost their jobs as a result of the lockdown.

Good News: Fauci’s Out and Common Sense Might be Returning

These days it seems there is not much good news out there. People are still panicked over the coronavirus, governments are still trampling civil liberties in the name of fighting the virus, the economy –already teetering on the edge of collapse – has been kicked to the ground by what history may record as one of the worst man-made disasters of all time: shutting down the country to fight a cold virus.

That’s why we’ll take good news wherever we can get it, and President Trump’s hiring of Dr. Scott Atlas to his coronavirus task force may just be that good news we need. As the media has reported, President Trump has sidelined headline-hogging Anthony Fauci in favor of Atlas, the former Stanford University Medical Center chief of neuroradiology.

Recall, Fauci was the “expert” who told us a few months ago that we would never be able to shake hands again.

Fauci’s advice, forecasts, and assessments proved to be wildly wrong, contradictory, and just plain bizarre: Don’t wear a mask! You must wear a mask. Masks are important as symbols. Put on goggles. Stay home! Churches must be severely restricted but Black Lives Matter marches and encounters with strangers met over the Internet are perfectly fine.

When Anthony Fauci demanded a lockdown of the economy for an indefinite period he actually seemed oblivious to the havoc it would wreak on the economy and on people’s lives. People like Fauci and others who demanded lockdowns and stay-at-home orders were still collecting their paychecks, so what did they care about anyone else?

Dr. Scott Atlas is not only a former top physician and hospital administrator: as a senior fellow at the Hoover Institution he also understands the policy implications of locking a country down.

On April 22, Dr. Atlas wrote an op-ed in The Hill titled, “The data is in — stop the panic and end the total isolation.” In the article he made five main points that are as true today as when he wrote them: an overwhelming majority of people are at no risk of dying from Covid; protecting older people prevents hospital overcrowding; locking down a population actually prevents the herd immunity necessary to defeat the virus; people are dying because they are not being treated for non-Covid illnesses; we know what part of the population is at risk and we can protect them.

Imagine how many thousands of lives could have been saved had the Administration listened to Dr. Atlas back in April. CDC Director Robert Redfield admitted last month that lockdowns were killing more Americans than Covid. “First do no harm” was thrown out the window and nearly six months of wrong-headed policy has done perhaps irreparable harm to the country.

South Dakota and Sweden did virtually nothing to lock down or restrict their populations and they actually fared better than lockdown states in the US. They had lower death rates, their hospitals were never over-run with Covid patients, and they have an economy to go back to.

We very much hope that Dr. Atlas will not “moderate” his message to please the blob in Washington. Trump’s Covid policies to this point have caused more harm than good. With Fauci out of the driver’s seat we finally have a chance of turning things around.