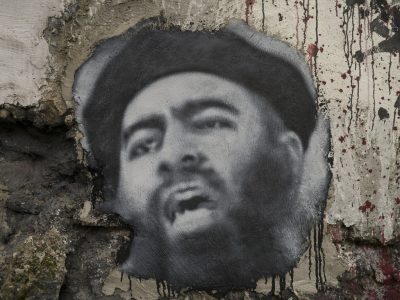 Western stories about Abu Bakr al-Baghdadi are meant to confuse, to distract, and to strengthen fake narratives.

First, the West supports Daesh in Syria (and beyond). It isn’t a secret. High profile people such as Tulsi Gabbard even admit it.

Second, the stories provide a distraction from what is really happening in Syria. Whereas the West has been destroying Syria and stealing its resources throughout the war, now Washington is basically admitting that it is stealing Syrian resources.

Finally, they fortify the fake “War on Terror” myth which inverts the truth, which is that the West supports terrorism in all its forms as it commits war crimes as policy.

The Right to Self-Determination is foundational to International Law. Syria has every right to take any and all necessary measures to regain ITS OWN OIL FIELDS. Washington has ZERO rights to steal the oil. Syria did not EVER invite Washington and its allies like Canada to impose a REGIME CHANGE war.

The Charter of the United Nations prioritizes the right of nations to determine their own, self-directed political economies.

The right to self-determination is “apart from and before all other rights”:

Adopted at the Twenty-first Session of the Human Rights Committee,
on 13 March 1984
1. In accordance with the purposes and principles of the Charter of the United Nations, article 1 of the International Covenant on Civil and Political Rights recognizes that all peoples have the right of self-determination. The right of self-determination is of particular importance because its realization is an essential condition for the effective guarantee and observance of individual human rights and for the promotion and strengthening of those rights. It is for that reason that States set forth the right of self-determination in a provision of positive law in both Covenants and placed this provision as article 1 apart from and before all of the other rights in the two Covenants. (1)

READ MORE: Syrians Matter: They have Chosen NOT to be Occupied by the West’s Al Qaeda Terrorists

International Law outlaws imperialism and colonialism. The West’s Supreme International War Crimes should be front and center in everyone’s minds. The Hollywood script wrapped around the supposed death of Abu Bakr al-Baghdadi should be relegated to the comedy sections of “news” reporting.

Video: Ready for Nuclear Holocaust with Russia Over Ukraine?/ By Rep...