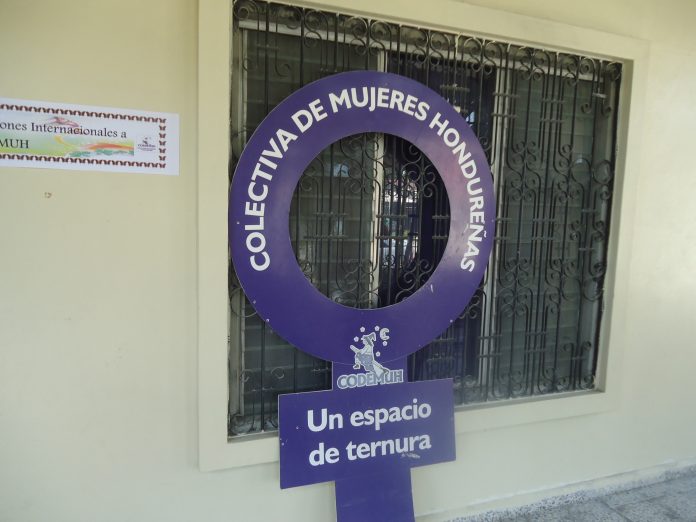 Imperialists employ myriad strategies to “open the veins” of prey countries.  Economic warfare is one such strategy.  Prolonged and sustained economic warfare against long-suffering Honduras advances the tentacles of the Big Monopolies as it impoverishes and destroys the country. Transnational companies, meanwhile, are afforded additional “supranational” protections through “free trade” agreements.

As the following article demonstrates, “internal imperialism” is also part of the predatory equation.  Transnational companies “bleed” domestic economies. Beneath the cover of fake messaging about “competitiveness and efficiencies”, Gildan laid off Canadian workers to the detriment of the Canadian economy.

The company laid off hundreds of Canadian workers, and resettled where business was good: Honduras. “Free Trade” legislation facilitated the exodus from Canada and powerful psychological operations (psy ops) strategies reassured people at home and abroad. Corporations and their government subsidiaries repeated messaging about “competitiveness and efficiencies” in Canada while Hondurans were promised economic revitalisation and jobs. The end result? Canada lost jobs and Honduras’ asymmetrical, toxic economy was further entrenched.

Honduran sweatshop workers are basically slaves and their status will likely remain unchanged, or get worse.  Since the 2009 military coup — which removed the democratically-elected President Manuel Zelaya — the illegal regime dismantled or corrupted institutions that might be of benefit to humans (including constitutional judges) and created a heavily militarized and murderous environment. “Since 2010,” reports Raul Burbano, delegation leader of election observers from Common Frontiers, “there have been more than 200 politically motivated killings.”

In the meantime, Canada’s Gildan corporation profits from the misery. Gildan pays NO taxes in Honduras, and the workforce (primarily women) is easily exploited. (Update: Greed knows no bounds. Bruce Livesey explained that “by moving its factories overseas, Gildan managed to cut its Canadian tax rate down to nothing in the past four years, despite earning profits of $95 million in 2009, $196 million in 2010, $224 million in 2011 and $144 million last year.” )

The Collective Of Honduran Women (CODEMUH by its Spanish acronym), a brave voice for freedom in Honduras, comprehensively documents the exploitation of workers and the impacts of the Canada-Honduras Free Trade Agreement.

Workers produce T-shirts from about 7:00 am to 7:00 pm four days a week, at jobs that are physically repetitive. Repetitive strain injuries are common, proper care is elusive, and injured workers are easily discarded. Since workers have few rights, someone younger and healthier can usually be found. In poverty-stricken environments like Honduras (and elsewhere), job scarcity means that a replacement worker will likely work for less money and even fewer rights. At Gildan, inspectors aren’t allowed into the plant, and workers are fired (or worse) if they try to organize unions.

One former worker, now “discarded,” explained that she would be given a cortisone shot to treat her calcified tendonitis, and then sent immediately back to work. Proper treatment in such a case would involve an injection followed by rest, but work quotas are more important to foreign share-holders than worker health.

It’s no surprise then, that by age 25, chronic work injuries, coupled with poor medical treatment, often prevent workers from performing their fast-paced tasks.

Worse still, once a worker leaves Gildan, she is likely to have irreversible health problems which preclude her from finding alternate employment. Some women need crutches to walk; others can’t hold their babies or do housework. Savage poverty imposes itself on their already precarious existences and decimated social institutions perpetuate the misery.

Healthcare, schooling, and other social/public institutions are abysmal, and only those (few) with money get adequate service.

What are the drivers behind such misery?

Those who control the levers of power in Honduras are governed by self-serving interests that do not include the common good. Consequently, society and the economy have been spiralling downwards since the coup.

Prior to the 2009 military coup, freedom and democracy were making inroads into the malaise, but now the power structure looks something like this:

At the top of this asymmetrical and entirely dysfunctional political economy are transnational corporations, including banks. They are the free-marketeers/slavers that are seamlessly aligned with governments in Canada and the U.S. They tacitly, if not overtly, drive foreign policy decisions.

On the ground in Honduras looms the invisible hand of the occupying U.S military that fosters and enables destabilization and is allied with the corrupt dictator, Juan Orlando Hernandez. Compliant dictators make good proxies, and Hernandez has likely been a U.S. puppet for some time now.

Locally, the nexus of powerful politics includes narco gangs, the police, the military, the para-police (Tigres), and rich oligarchs (including about ten very wealthy families).

Corruption throughout society is so pervasive that people trying to make a living often have to pay extortion money not only to gangs, but also to the police.

Now, with a growing number of U.S. military bases of occupation and the murderous dictatorship of Juan Orlando Hernandez solidified, profits are basically guaranteed for transnational sweatshops in what is essentially a state-sanctioned Slaver’s paradise.

As Canadians, we need to continue asking important questions. For example: Why are these “Free Trade” Agreements, such as the Canada-Honduras Free Trade Agreement so secret? And why have we chosen to profit from the misery of others?

Once we get some answers, we might choose to pay a couple dollars more for our next T-shirt.

The original source of this article is Rabble.ca