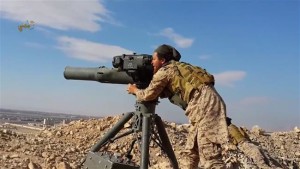 The “War On Terror”, an outgrowth of the crimes of September 11, 2001[1], was never a war on terror. It has always been a campaign for permanent war and terror. War is terror.

The veil of confusion drops every time the official narratives change. The terrorists who reportedly flew into the World Trade Centers and the Pentagon were, reportedly, al Qaeda[3]. Al Qaeda is the supposed enemy. But the West supports al Qaeda and all the terrorists in Syria, so whereas al Qaeda is one of humanity’s enemies, al Qaeda is the ally of those who control the levers of power. The enemy consists of the neo-con “power elites” who are orchestrating the terror, the globalized war, and the globalized poverty beneath their public lies and deceptions. The enemy consists of publicly-financed warfare states, like the U.S, and increasingly its allies, which endanger and impoverish humanity for the perceived benefit of the elites and corporate profits.

Whereas the public presumably believes that it is somehow benefiting from the carnage and mass murder, it is actually being fleeced. Gillian Kiley reports specifics:

“(as) the 15th anniversary of the 9/11 attacks approach, the United States has spent or taken on obligations to spend more than $3.6 trillion in current dollars on the wars in Iraq, Afghanistan, Pakistan and Syria and on the Department of Homeland Security.”[4]

Corporate monopolies, bailed out and entirely dependent on public monies, are increasingly fused to the military industrial complex, and these monopolies are the governing “power elites”. They determine what we see, hear, and believe.

Syria, like its predecessors Libya and Iraq, was largely free of terrorist infestations before U.S.-led NATO and its allies waged their phony so-called “humanitarian” wars of mass destruction – largely for the benefit of corporate monopolies and imperial hegemony.

But all of this is (hopefully) changing. Despite the fact that that the U.S. continues to spray Syrian civilians with weaponized white phosphorous[5] and pretends that Assad is the bad guy, the days of a U.S./neo-con led unipolar world order may be behind us.

Syria and its allies are defeating imperial terrorism, and in doing so they are strengthening the rule of international law, and humanity’s chances for peace.

Syrians in government-secured areas are celebrating. We should all be celebrating with them.

A Legitimate Warning from Caleb T. Maupin on Western Support for...