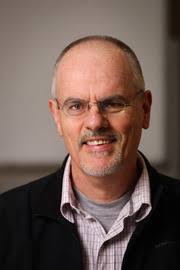 On International Women’s Day – The Syrian Arab Republic – the only genuinely pluralist nation in the region – was the first country in the Middle East and North African region (MENA) to give women the vote (1949, 1953) and the second after Lebanon to allow women to stand for election (1953). Syria was the first to have a woman elected to parliament (1973).

Syria has by far the highest level of paid maternity leave in the MENA region – a minimum of 17 weeks paid leave, 100% paid by employers. Employers must also pay a minimum of 6 weeks paternity leave, also at 100%. Although one of the poorer MENA countries, the Syrian Arab Republic has a maternal mortality rate (per 1000,000 live births) of 46 in 2008, well below the MENA average (91); that is linked to skilled assistance at birth much higher than average (93% Syria / 79% MENA). In overall HDI-GNI, which measures effective use of resources for human development,

Syria is way out in front, on 29. All other MENA countries (except Libya, data not available) have negative figures, meaning their income is not well transferred into human development (education and health). In Syria, life expectancy and infant mortality are better than its income levels would suggest, inequality is lower than average and ‘women’s health adjusted life expectancy’ is the best in the MENA region (Sources: UNDP 2014; UN Women 2011).

The Dirty War on Syria: Washington, Regime Change and Resistance, by Tim Anderson

The Dirty War on Syria has relied on a level of mass disinformation not seen in living memory. In seeking ‘regime change’ the big powers sought to hide their hand, using proxy armies of ‘Islamists’, demonising the Syrian Government and constantly accusing it of atrocities. In this way Syrian President Bashar al Assad, a mild-mannered eye doctor, became the new evil in the world.

As western peoples we have been particularly deceived by this dirty war, reverting to our worst traditions of intervention, racial prejudice and poor reflection on our own histories. This book tries to tell its story while rescuing some of the better western traditions: the use of reason, ethical principle and the search for independent evidence.

Click the image above to order.The original source of this article is Global Research

Aleppo, After Liberation/ By Prof. Anderson