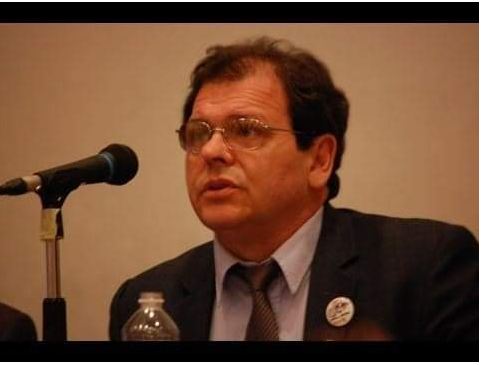 Peace, disarmament,  international cooperation and friendship are more urgently needed than ever, according to president of the Canadian Peace Congress Miguel Figueroa, who called on the U.S. to immediately rescind the “Caesar Act” and other sanctions against Syria.

In an interview with Syria Times e-newspaper, Figueroa said that the elusive peace will only be genuinely secured when all countries respect the full equality, independence and sovereignty of states, and end military and economic aggression and other forms of interference into the internal affairs of other countries. “We demand that the U.S. immediately rescind the Caesar Act and other sanctions against Syria, remove its occupation forces from all Syrian territory, end its funding of jihadist forces which act as a proxy army for Washington’s undeclared war, and respect Syria’s national sovereignty and territorial integrity, as stipulated by the UN Charter and international law,” he added.

Figueroa underscored that The Canadian Peace Congress has a long record of opposing unilateral, punitive economic sanctions imposed by the U.S. and its allies against dozens of other states and peoples.  “These sanctions aim to extract policy concessions from governments, and often to create mass suffering and economic strangulation in furtherance of Washington’s ‘regime change’ agenda,” he clarified.

He asserted that such sanctions are illegal under the UN Charter, and as such constitute an act of war – an essential part of the ‘hybrid war’ strategy waged on other countries.

Moreover, Figueroa slammed Canada’s collusion with these illegal economic measures – against Venezuela, Iran, Syria, Nicaragua, Zimbabwe, the DPRK and 13 other countries around the world – in lock-step with U.S. imperialism.  “We demand these sanctions be ended immediately,” he stated.

The Canadian Congress’ President emphasized that the recent imposition by the USA of even more crippling sanctions, under the so-called “Caesar Act’, against Syria and its trading partners – especially Lebanon, Iran and the Russian Federation – are particularly deplorable. “The fact that these new sanctions are being enacted at a time of the COVID-19 pandemic and a global economic crisis and recession is especially grotesque and inexcusable,” he concluded.

The West’s War Against Women, Men, and Children/ Commentary by...