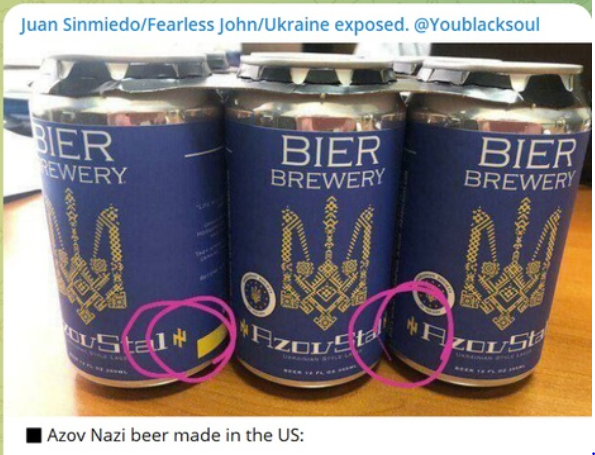 Russia is actually more supportive of “Ukraine” than the West. How can I say this? Because the CIA/Nazi-installed political misgovernance (criminally-installed in 2014) (1) is a form of colonial occupation. The coup government does not serve the needs of the Ukrainian peoples.  In fact, since 2014, the on-going coup misgovernance has waged genocidal war against its own (Russian-speaking) peoples. (2) Zelensky is a stooge. The CIA, (3)through the occupation  government, elevates and empowers the worst elements of historic Ukraine and totally disregards the welfare of Ukraine and Ukrainians. Nazi factions, fully integrated into the military and governance hold power, and they answer to Washington and NATO. The colonial occupation is responsible for the destruction of Ukraine as a state, not Russia. Russia’s Special Military Operation, if it succeeds, will de-nazify (over time) and demilitarize Ukraine. Such an outcome would benefit all Ukrainians since nazism is an odious ideology of hatred and supremacy.

Shamefully, the collective West is seeking to rebrand and even heroize its Nazi assets, with 50 members of Congress meeting Azov militants, and presenting them as something worthy of support. (4)

Mainstream media is playing the same diabolical game, but what is even more irksome is that they know better.  Prior to the Russian Special Military Operation the media was, and therefore still is, aware of who and what the West was and is supporting. 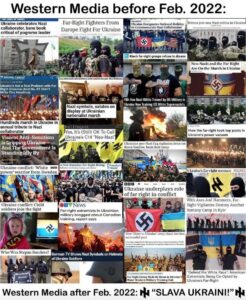 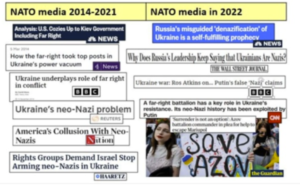 None of this should be particularly surprising, since the collective West has for years tried to re-brand its al Qaeda/ISIS et al. terrorist-proxies in similar fashion.

Empire’s true face is ugly, and it serves not the peoples of the prey countries in which it has insinuated itself.

These wars are anti-humanitarian, anti-freedom and democracy, in every imagineable way.

People waving Ukraine flags out of their car windows, people who support Canadian foreign policy, apparently are not aware of this.