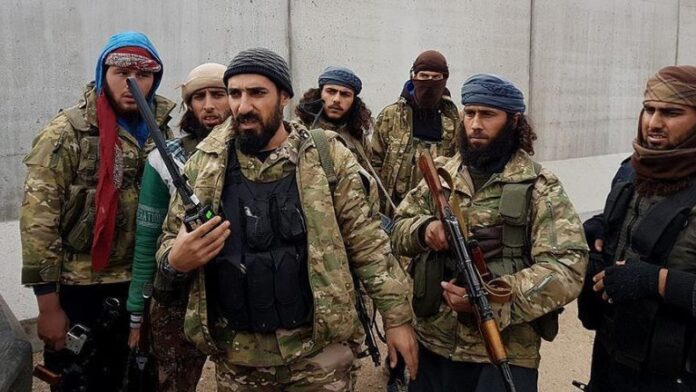 The battlefields in Syria are quiet, but the conflict is far from resolution.  Despite the lack of focus on Syria by the US, EU and NATO, there are still developments in the region and among the various players.  Resolving the Syrian conflict seems to be on the back-burner of the Biden administration, and yet the US President will soon visit the Middle East.

What new developments are brewing in Syria?  To answer that question, Steven Sahiounie of MidEastDiscourse interviewed Basma Qaddour, a Syrian journalist, co-author of “Voices from Syria” book, and head of the news department at Syria Times e-newspaper.

Basma Qaddour (BQ):  Erdogan is a dodgy person, and what he is doing is just a tactic for gaining time and scoring internal points before the elections [to be held in June 2023], which is his most important goal.

He tries to take advantage of any Iranian or Russian initiative, if they serve his interests.

At the same time, he wants to tell the West that he has other options if Turkey’s demands are not met since the Financial Times summed it up by saying: “Erdogan is an infuriating, but indispensable ally!”

SS:  Turkey has threatened a new military operation in northern Syria. James Jeffrey, former US envoy to Syria, has told the Kurdish SDF that they should repair the relationship with Damascus who could defend them against Turkey. In your opinion, will the Kurdish militia make a deal with Damascus?

BQ:  These goals are clear and known; therefore, it has been reported that the goal of the current Iranian mediation between Syria and Turkey is to defuse the potential explosion in north of Syria by putting pressure on the “Syrian Democratic Forces” [SDF] and making them understand that the only solution is to hand over certain areas to the Syrian Army in order to prevent the Turkish military operation.

Here, we have to mention that Moscow conveyed the same message to the SDF leaders clearly, but the information indicates that the SDF leaders are trying to maneuver as new reinforcements for the Syrian army have entered the border areas and the leaders have not decided their position regarding the complete handover of these areas, which is currently the only possible solution.

According to information from Tehran and Ankara, Iranian Foreign Minister informed the Turkish President about Tehran’s strong opposition to any Turkish military operation, and that it would not allow the change of equations in the north of Syria, and it would support its Syrian ally with all capabilities, including the direct military presence, which is the same message Erdogan received from Moscow. So Erdogan accepted the political and diplomatic approach as the best current solution.

Actually, Erdogan’s margin of maneuvering is narrowing because NATO has not offered him anything new. He knows that those who support the separatist project in Syria are his American and European allies, and that the solution to this file will be reached only through coordination with Damascus.

The facts related to Turkey’s occupation of 8,830 km2 of Syrian territory, and its Turkification operations in the areas it occupies are among the reasons that makes Syria skeptical about Turkish intentions.

SS:  Recently, the Iranian foreign minister was in Damascus and met President Bashar al-Assad. In your opinion, are there new developments between the two countries?

BQ:  Damascus welcomed the Iranian mediation because of its confidence in the Iranian ally, and not because of the words Erdogan, who does not keep his word.

To sum up, Iranian mediation may succeed in imposing a truce, nothing more, to prevent the Turkish military operation towards Manbij and Tal Refaat, and it is too early to talk about the expansion of the mediation towards a future vision for bilateral relations between Syria and Turkey.

SS:  “Israel” has made repeated airstrikes on Syria since 2011 recently, an “Israeli” airstrike did heavy damage to the Damascus international Airport. How will Syria and the resistance respond?

BQ:  War is not picnic. Syria is aware of the fact that the Israeli enemy wants a pretext to ignite the region, especially after it was unable to drag the United States to wage a war against Iran despite all the incitement.

Therefore, Syria, which has now reached the highest point of “Strategic Patient”, will never be drawn into a battle whose time and place are defined by the enemy.

SS:   Recently, the sleeping cells in south of Syria, have been assassinating Syria army soldiers and civilians.  Do you think that the Syrian army will start a military operation in Deraa to clean out these terrorist cells?

BQ:  It early to predicate what would happen in the south of Syria before the end of Biden’s visit to the region this week. The sleeping terrorist cells implement the orders of their operator and they serve western agenda. As you know, there are reports about a plan to establish a “safe zone” there with the support of US and Israel. This plan dates back to 2015 regardless of the change of reasons for establishing it.

All US’s acts, plans and decisions in the ME region serves only the Israeli entity, you can take this to the bank.

Steven Sahiounie is a two-time award-winning journalist. He is a regular contributor to Global Research.

Featured image is from MD

France Views Terrorists in Paris as Enemies, but Allies in Syria Jun 20, 2022

US Occupation Troops Steal Wheat from Syria to Send to Iraq Jun 20, 2022

Report: US Secretly Reviews and Approves Many Israeli Airstrikes in Syria Jun 19, 2022

Biden Rocks the Middle East. Partitioning Syria May be on the Way Jun 6, 2022

Global Food Security: Is America Illegally Importing Syrian Wheat, Smuggled Out of a War Zone May 30, 2022

France Views Terrorists in Paris as Enemies, but Allies in Syria 21 June 2022