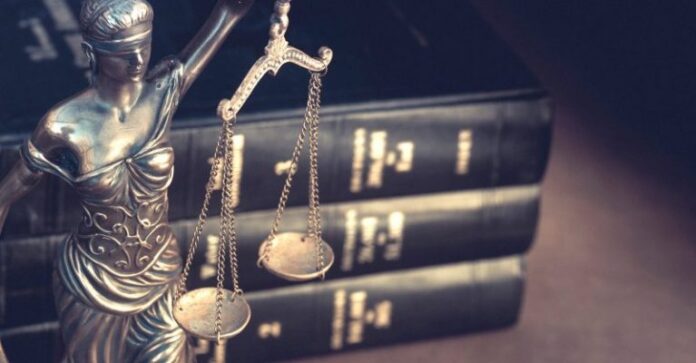 Some of the most domineering public health figures during the covid-19 scandal are NAMED in a historic indictment sent to the International Criminal Court (ICC). These government, pharmaceutical and public health officials have ruled un-democratically over the people and imposed harmful policies of subjugation under the guise of “mitigating covid-19.”

Their unaccountable policies of subjugation have deprived people of basic human rights and equal opportunity. The defendants have used medical fraud, perpetrated by fraudulently calibrated PCR tests, to propagate a narrative that only emboldens their own power and control over people’s lives. Their disregard for efficacious treatments, immune system solutions and their censorship of natural immunity has ravaged the principle of informed consent, contributed to iatrogenic error and caused undo separation, isolation, medical malpractice and wrongful death. Their policies have forced provably dangerous genetic experiments onto people using discrimination, segregation and threats to one’s livelihood. These defendants have subverted the rule of law for nearly two years, ruining countless lives.

These beleaguered officials include

Tedros Adhanom Ghebreyesus, the director-general of the World Health Organization (WHO);

Dr. Peter Daszak, president of EcoHealth Alliance and Bill and Melinda Gates, who have openly funded and promoted much of these well-documented crimes against humanity.

The defendants also include notable UK officials, including

Matthew Hancock, former UK Secretary of State for Health and Social Care; and

The criminal complaint also lists the CEOs of four major pharmaceutical companies, who continue to commit acts of genocide through experimental gene interference “vaccines” that damage the cardiovascular system, innate immune responses and the reproductive health of women, among thousands of medical concerns documented by pharmacovigilance systems around the world.

Pascal Soriot, CEO of Moderna and

The criminal complaint is brought forth by

The indictment accuses the defendants “of numerous violations of the Nuremberg Code,” “crimes of aggression” and “war crimes.”

Because the English court system refuses to take up this historic matter, the plaintiffs are asking the ICC with “utmost urgency” to “stop the deployment of COVID vaccines” and “illegal vaccination passports” and “all other types of illegal warfare” that is being “waged against the people of the United Kingdom” and against people around the world.

Public health officials have forced people to use PCR tests that are “completely unreliable” as a diagnostic standard, misleading people and obfuscating data. These tests have been fraudulently calibrated and used to artificially inflate covid-19 case counts and deaths to perpetuate further medical tyranny and deprivation of individual rights.

Effective treatments such as hydroxychloroquine and ivermectin have been suppressed, leading to immune failure and severe disease.

This, in turn, led to reliance on drugs that cause renal failure and subsequent reliance on ventilators, which cause oxidative damage and cytokine storm, damaging lungs and putting patients at a greater risk of life-threatening pneumonia and death.

Moreover, the UK government has failed to investigate the massive wave of vaccine injury and death following covid-19 vaccination. There are at least 395,049 reported adverse reactions to COVID “vaccines” in the U.K. alone.

This experimental gene interference technology was designed from criminal gain-of-function research that weaponized coronavirus spike proteins so that genetic experiments could be deployed through “vaccination” using the engineered spike protein.

This experiment has led to a proven increase in eye disorders, heart inflammation, cardiac arrest and spontaneous abortion. A recent study published in the New England Medical Journal showed 8 in 10 women had a miscarriage after taking a Covid ‘vaccine’ before the third trimester.

Furthermore, the defendants’ lock down policies have not provably altered the course of infection in the public and have caused “wealth and business destruction, along with a sharp increase in ChildLine calls from children who were made more vulnerable due to destructive public health policies.

The defendant’s acceptance of vaccine passports has introduced a medical apartheid that violates the medical privacy and body autonomy of individuals through discrimination, segregation and other acts of malice.

Their policies have imposed psychological harm to children and severely deprived the physical liberty of the people, in “violation of fundamental rules of international law.”

These violations include travel and assembly bans and forced quarantine and self-isolation without due process of law.

The first principle of the Nuremberg Code is a willingness and informed consent by the person to receive treatment and participate in an experiment.

The person is supposed to activate freedom of choice without the intervention, either through force, deceit, fraud, threat, solicitation or any other type of binding or coercion. This guiding principle of medical ethics and the remaining tenants of the Nuremberg Code have all been violated during the covid-19 scandal. After violating these principles for nearly two years with no remorse, the perpetrators must now be brought to their knees.

The original source of this article is Newstarget

Michael Yeadon, PhD, on the Toxicity of Experimental mRNA Injections and the need for Indictments