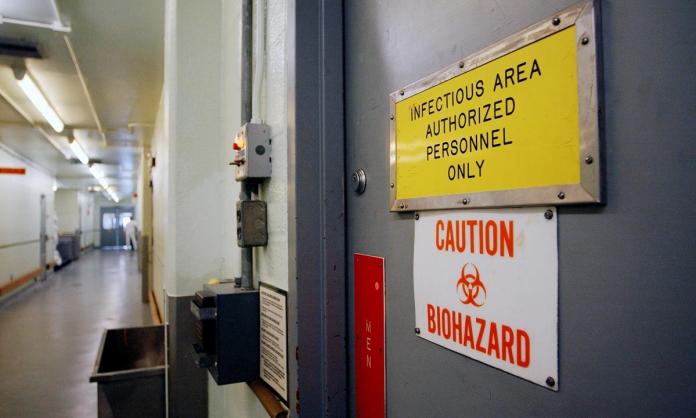 the top banner of our home page (Desktop version).

Last week U.S. Under Secretary of State for Political Affairs Victoria Nuland confirmed that “Ukraine has biological research facilities” and the U.S. is worried that “those research materials” may fall into Russian hands. What “research materials” were studied in these biolaboratories and why are U.S. officials so worried that they may fall into Russian hands?

The Pentagon activities in Ukrainian biolabs were funded by the Defense Threat Reduction Agency (DTRA). DTRA allocated $80 million for biological research in Ukraine as of July 30, 2020, according to information obtained from the U.S. Federal Contractor Registration. U.S. company Black & Veatch Special Projects Corp. was tasked with the program.

Located in Overland Park, Kansas, Black & Veatch is an employee-owned engineering firm specializing in infrastructure development in power, oil and gas, telecommunications, mining and banking and finance markets, which previously obtained more than $1 billion worth of contracts in Afghanistan. It obtained revenues of more than $3.7 billion in 2020,

It was sued by dozens of U.S. soldiers, injured in Talban attacks, who accused Black & Veatch of violating the U.S. Anti-Terrorism Act by making illegal protection payments to the Taliban.

The lawsuit estimates that it cost the Taliban about $100 million to $155 million to launch attacks in 2011 and about $300 million to maintain the insurgency. The lawsuit said protection money was one the largest and most reliable sources of income for the Taliban.

First constructed following a 2005 agreement spearheaded by then Senator Barack Obama, the Ukrainian biolabs were accessible to Pentagon contractors but not to independent experts, according to internal documents published on Reddit by an alleged former employee of the Ukrainian Ministry of Health. Black & Veatch Special Projects Corp. was given full access to freely operate in all biolabs in Ukraine that were engaged in biological research activities under the DTRA program, according to a letter dated July 2, 2019, from the Ukrainian Minister of Health to DTRA in Ukraine.

A letter dated July 2, 2019, from the Ukrainian Minister of Health Ulana Suprun to DTRA in Ukraine gives Black & Veatch Special Projects Corp. full access to all biolaboratories in Ukraine involved in the U.S. military biological research program. Ulana Suprun is an American national and was conferred Ukrainian citizenship by former president Petro Poroshenko in 2015.

Ukraine rejected proposal for public control over the Pentagon-funded biolabs

While Pentagon contractors were given full access to all biolabs involved in the DTRA program, independent experts were denied such access under the pretext that these biolabs were working with especially dangerous pathogens.

According to a leaked letter, the Ministry of Health of Ukraine denied experts from the scientific journal Problems of Innovation and Investment Development access to the Pentagon-funded biolaboratories. The ministry rejected the proposal made by the scientific journal and did not allow an independent public control group of experts to supervise these biolaboratories.

“The Ministry of Health of Ukraine considers it inappropriate to create a working group for public control and it is not possible to allow members of the group to enter the premises of laboratories of especially dangerous infections of the Ministry of Health of Ukraine,” according to a letter dated 21 October 2016 from the Ukrainian Deputy Minister for European Integration Oksana Sivak to the scientific journal “Problems of Innovation and Investment Development.”

Another DTRA contractor that operated in Ukraine was CH2MHill. The Englewood, Colorado-based company, which previously managed the $5.26 billion Panama Canal expansion project and provided management consultancy services for the Iraq Common Seawater supply project, was awarded a $22.8 million contract (2020-2023) for the reconstruction and equipment of two new biolaboratories:  the State Scientific Research Institute of Laboratory Diagnostics and Veterinary-Sanitary Expertise (Kyiv ILD) and the State Service of Ukraine for Food Safety and Consumer Protection Regional Diagnostic Laboratory (Odesa RDL).

According to leaked documents, CH2MHill was tasked with an $11.6 million program “Countering Especially Dangerous Pathogen Threats in Ukraine.”

German and Ukrainian scientists conducted biological research on especially dangerous pathogens in birds (2019-2020). The project was implemented by the Institute of Experimental and Clinical Veterinary Medicine (Kharkov) and the Friedrich Loeffler Institute (Greifswald, Germany). According to the project’s description, the main goal of this project was to carry out sequencing of orthomyxoviruses (causative agents of avian flu) genomes, as well as to discover new viruses in birds.

According to the Russian Ministry of Defense, DTRA funded a similar project in Ukraine—UP-4—in 2020. The project’s goal was to research the potential of especially dangerous pathogens to be transmitted via migratory birds, including the highly pathogenic H5N1 flu, whose lethality for humans can reach 50%, as well as Newcastle disease. The use of migratory birds for possible delivery of pathogens was a major research program between the Smithsonian Institution and the U.S. Department of Defense in the past.

Dilyana Gaytandzhieva is a Bulgarian journalist and Middle East correspondent. Dilyana can be reached at info@dilyana.bg.

Links to Documents Pointing to Pentagon Funding of Biolabs in Ukraine

(Note: these documents were removed from the U.S. embassy in Kyiv—moved to Lviv on February 24, but have been made accessible by internet sleuths)

Featured image is from globaltimes.cn