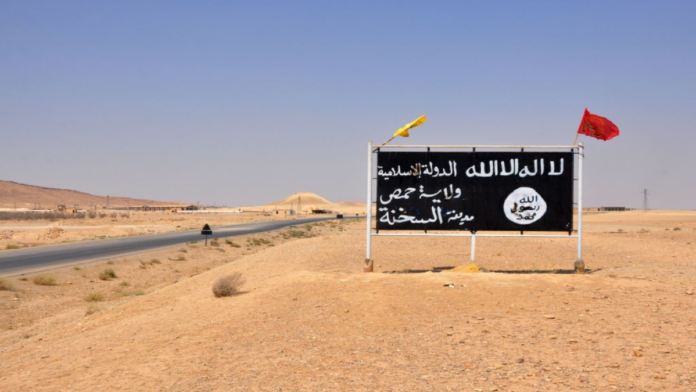 A number of ISIS leaders were reportedly transferred from Syria’s Hasakah city to the Deir Ezzor desert in eastern Syria by US forces during the chaos caused by the assault on Ghweran prison, which began on 20 January.

According to informed sources who spoke with Sputnik, about 750 ISIS fighters, including a significant number of high-ranking leaders, were moved in batches via SUVs and buses to the Badia. The transfers allegedly began soon after ISIS launched an assault on the prison run by the so-called Syrian Democratic Forces (SDF).

Local sources in Deir Ezzor say US reconnaissance planes carried out monitoring and guidance operations on several roads to ensure the arrival of the Takfiri fighters to the Al-Bukamal desert, west of the Syrian-Iraqi border, and east of Jabal Al-Bishri in the southern countryside of Deir Ezzor.

The sources also confirmed that most of the fighters hold Iraqi, Libyan, Tunisian, and Moroccan nationalities, while there are also some who hold Belgian and Dutch nationalities.

Their transfer to Deir Ezzor is allegedly part of a plan by the US army to “revive ISIS” in the oil-rich governorate, which is also connected to the Iraqi border, in order to sow chaos in a region where the Syrian government has recently regained control.

The sources go on to say that “after transferring [this contingent] of experienced ISIS fighters to the Badia, it is almost certain that Syrian troops located between the countryside of Deir Ezzor and Raqqa will [soon] be subjected to coordinated attacks after these fighters are re-armed and equipped.”

They also allege that bolstering ISIS presence in Deir Ezzor will allow the US occupation forces to continue justifying their illegal presence in the region and to continue plundering Syria’s resources.

On 24 January, Sputnik quoted local sources in the Ghweran neighborhood of Hasakah as saying that three buses containing a “large number of ISIS detainees” left the area as the fighting raged in the city, reportedly accompanied by vehicles belonging to the SDF.

This convoy was reportedly spotted crossing the Al-Bayrouti Bridge over Khabour River, before heading to an unknown destination.

US Coalition of Terrorism Commits War Crimes As Policy By Basma...

WARNINGS Al-Qaeda truth in Syria is coming out, U.N. hiding it...