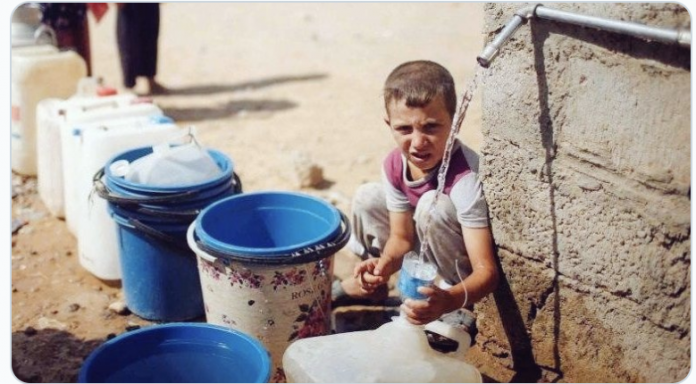 Last week, the US occupation forces ordered its Kurdish “Syrian Democratic Forces” militia to destroy the only main drinking water station that pumps water to 25.000 people in Sh’hel city and nearby towns in Der Ezzour countryside where the tribe of al-Kidat and other Arab tribes live as a punishment for tribes’ protests against the presence of US occupation forces in their region. The militia implemented the US order..

The Turkish occupation and its terrorist mercenaries in the countryside of Ras al-Ain continue to cut off drinking water from the city of Hasakah for the eighth consecutive day, threatening the lives of one million citizens with thirst and exacerbating the spread of the new Coronavirus.

US reinforces its illegal bases in Syria/ By SANA News