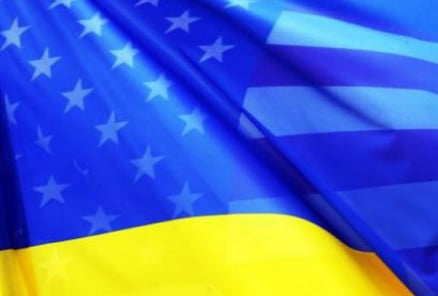 This article first published in April 2015 is of relevance to the current situation in Ukraine.

The influx of US and NATO Special Forces involved in the training of the Neo-Nazi Azov battalion has not been discontinued.

According to the Ottawa Citizen (December 2021)  the U.S. Congress in 2018 “banned the use of U.S. funds to provide arms, training and other assistance to the Azov Battalion because of its links to the far-right and neo-Nazis”.

But this decision is pro-forma. Why? The neo-Nazi Azov Battalion is firmly embedded in the formal structures of the Ukrainian military and National Guard.

According to the Atlantic Council, in an article entitled Why Azov should not be designated a foreign terrorist organization, The Azov Battalion is categorized as:

“a Special Operations Detachment “Azov”—a regiment of the Ukrainian National Guard that is part of the Ministry of Internal Affairs. This means that Azov is neither a paramilitary unit nor has any independence from the state, but that it is an integral part of official structures and that it follows orders given by the Interior Ministry.

What this means is that US support continues to be channelled to Neo-Nazi elements within the National Guard via its multimillion dollar military aid package to the Kiev regime.

And Canada has taken the decision (January 2022) to extend its “training mission” with Ukraine’s National Guard.

The US military has announced [2015] that it is training Ukraine’s Neo-Nazi National Guard including its infamous Azov battalion, responsible for countless atrocities directed against civilians in Donbass.

America’s training initiative is implemented in the context of a process of military escalation.

The training program  is coupled with the influx of  military equipment under a program of so-called “non-lethal” military aid.

The US contingent of instructors includes 290 specialists which will be working with the National Guard. Britain has dispatched 75 military personnel responsible for training “in command procedures and tactical intelligence”. (Los Angeles Times, April 20, 2015).

In turn, Canada announced that it would send 200 specialists to train Ukrainians “in explosives and de-mining operations, medical aid, military police operations and logistics.” (Ibid).

While the Canadian goverment has acknowledged that the National Guard is integrated by Nazi elements, Defence Minister Jason Kenney has ensured public opinion that “We’re not going to be in the business of training ad hoc militias… We will only be training units of the Ukrainian National Guard and army recognized by the government of Ukraine.”

The fact of the matter, however, is that the Nazi National Guard militia are directly under the command of Ukraine’s military. Moreover  both the US and Canada are in close liaison at a diplomatic level with the leaders of the Neo-Nazi parties in Ukraine, who occupy key positions in the US sponsored Kiev regime. In February, the founder of the Social-National Party of Ukraine (SNPU) [renamed Svoboda] Andriy Paruiby was received by the Harper government and the House of Commons in Ottawa.

What is unfolding is the piecemeal dispatch of US and allied special forces to Russia’s doorstep.

While Western Special Forces are not (officially) involved in combat operations in Donbass, US  officials are actively participating in military planning and training operations.

In recent developments, Eduard Basurin, Defense Minister of the Donetsk People’s Republic has pointed to the presence of Academi mercenaries in Volnovakha, an area controlled by Kiev forces. (see video below)

US military support to the Neo-Nazi brigades is acknowledged by the US media, The National Guard militia which operates under the Command of the Ukraine Armed Forces have Nazi insignia on their uniforms.

“The United States plans to send soldiers to Ukraine in April for training exercises with units of the country’s national guard… the units to be trained include the Azov Battalion, a volunteer force that has attracted criticism for its far-right sentiments including brandishing an emblem widely used in Nazi Germany.” Of course, first and foremost is the fact that US military will be on the ground in Ukraine providing direct support for the Ukrainian military. Isn’t that precisely what Washington accuses Russia of doing (while failing to provide evidence), namely providing direct military support on the ground? (Associated Press, March 31, 2015, emphasis added)

The Nazi insignia are not limited to the Azov battalion.

U.S. and Ukrainian troops rang in the start of a new training mission here Monday, an effort to beef up the capabilities of Ukrainian forces fighting Russian-backed militants in the country’s east.

The Fearless Guardian exercises are expected to run at least through the end of summer and turn out thousands of newly trained personnel to take on separatists trying to splinter off from the former Soviet republic.

The first batch of about 900 trainees have already fought on the front lines of the year-old conflict, said Ukrainian President Petro Poroshenko, who addressed the U.S. and Ukrainian troops in a mid-day downpour.

But the country’s armed forces, he said, need to be rebuilt.

Capt. Nicholas Salimbene, the 31-year-old commander of Company B, 1st Battalion, 503rd Infantry Regiment, said he hesitates to say the program is similar to basic training “because these guys are coming right from the east. They have real-life combat experience.”

His company was also the first to deploy to Lithuania last year as part of the U.S.-led Atlantic Resolve mission to reassure Baltic and Polish allies after Russia annexed Crimea from Ukraine near the start of the conflict.

Salimbene said the situation here is different because Lithuania has an established Army, “whereas these guys, the national guard, is relatively new to Ukraine.”

Ukraine’s national guard forces have been converted from volunteer militias that sprang up less than a year ago to fight Russian-backed separatists into units under the command and control of Ukraine’s armed forces.

Moscow has described the effort to train Ukrainian forces — in which Britain and Canada are also participating — as “counterproductive,” saying it will not help resolve the “fratricidal” conflict in Ukraine.

Ukraine has repeatedly accused Russia of sending its troops to help and arm the separatists — a claim Moscow denies.

Poroshenko said it was a Ukrainian government decision to have the guardsmen receive the U.S.-led training first, but hopes that regular army units will be able to get the training as well.

The deployment is a homecoming of sorts for a handful of 173rd paratroops, who were born in or have close ties to Ukraine.

Sgt. Anton Kovalchuk, who will work as an interpreter, was born and raised in a city about an hour east of the training center, which sits near the Polish border.

Since leaving Ukraine at the age of 15 in 1999, Kovalchuk said it’s strange to be back as an American soldier, but also interesting. “I don’t know how much things changed.”

The training kickoff drew more than 180 reporters, mostly representing Ukrainian media outlets, who swarmed the Americans for photos and video.

“It really does bring it into focus because I didn’t really understand how big of a deal this was, how important it was until this,” McLeod, of Anchorage, Alaska, said. “And I see it now. I see how excited a lot of people are and eager to learn.” (Matthew Millham, Stars and Stripes, April 17 2015, emphasis added)