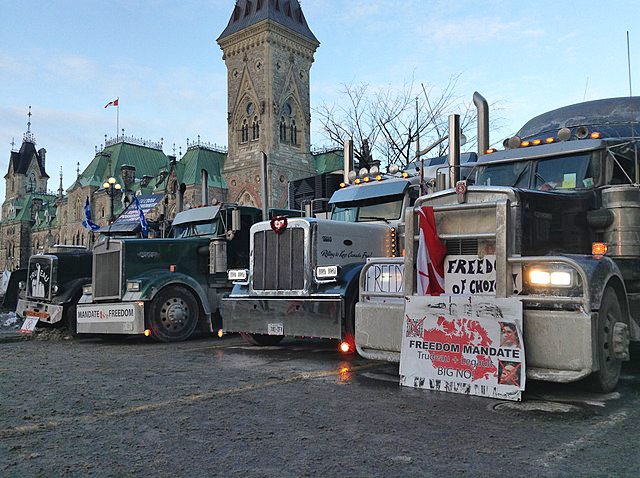 Are Protesters Honest and Respectful Citizens or Not? Justin Trudeau Says…

The Emergencies Act Inquiry is currently ongoing. We are reposting Jean François Girard’s incisive and carefully documented report (February 9, 2022) which largely confirms the initial findings of the inquiry.

“With the Emergencies Act Inquiry, the jig is up for Justin Trudeau and time is running out for the prime minister.

At least as far as the truth is concerned.

We will soon know Trudeau was very well acquainted with the facts of the Freedom Convoy, but he chose to assiduously ignore them and distort reality to his own political ends.

The trio of Trudeau, Ottawa Mayor Jim Watson and even Ontario Conservative Premier Doug Ford, painted the Freedom Convoy as a bunch of racist, misogynistic, domestic-terrorist, arsonists who danced on the Tomb of the Unknown Soldier.

READ MORE: With the Emergencies Act Inquiry, the Jig Is Up for Justin Trudeau

One by one all of these lies have come down in ruins as police and other authorities quietly admitted the convoy protesters in Ottawa had no guns, desecrated no monuments and set no buildings afire.

The Global Research Video produced at the height of the Ottawa Protest Movement confirms that Prime Minister Trudeau was “lying through his teeth”.

On the 31st of January, the prime minister of Canada, Justin Trudeau addressed the nation regarding the Freedom Convoy protest movement at a Press Conference from an undisclosed location which was broadcast live.

He portrayed the protesters as violent people, racists and more.

On the 2nd of February, he added another layer with a tweet. (Below, See this)

Are the protesters really what he claims them to be?

I was there for four days with my camera, I never saw or witnessed anything close to what he describes.

Is it possible this is all made up? If it is, what is the purpose?

With the Emergencies Act Inquiry, the Jig Is Up for Justin Trudeau 15 October 2022

‘Freedom Convoy’ Did Not Pose Threat to the Security of Canada: CSIS Director 15 November 2022