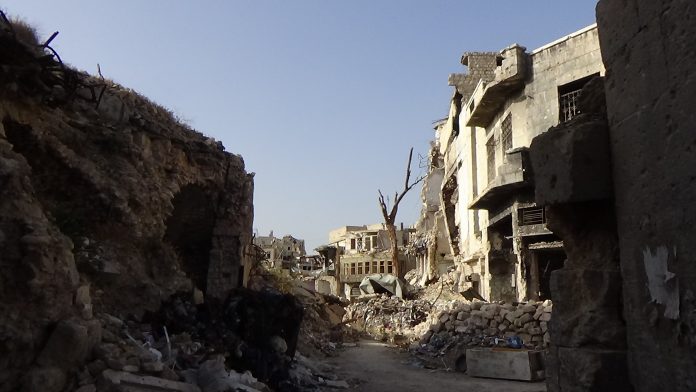 Memes create perceptions, and perceptions are everything. Memes and slogans are empty and vacuous, but they fabricate consent from broad-based populations. Evidence is not required.

One persistent “perception” that governing agencies have been implanting in the collective mindset is “You fight them (the terrorists) over there so they don’t come here.” The perception creates Fear of terrorism, which is a perfect building block for ramping up funding for the fraudulent “War on Terror”.

White Helmet (1) terrorists ARE here. But they were invited. They are special guests. Our governments and their agencies support them. They are not the enemy.

The fake perception that there is a war on ISIS and al Qaeda masks the evidence-based reality that the war is against Syria, not against the very terrorists who are (also) waging war against Syria. The terrorists are Western proxies.

Other effective but equally false memes that governing agencies have implanted into the collective consciousness include the mantra that President Assad is a “brutal dictator” and that he “gasses his own people”, and “kills his own people”, or that the “regime” attacks its own hospitals and schools and otherwise tries to destroy itself. The fabricated perceptions are false. They are war propaganda, criminal.

The Western-supported terrorists are the brutal dictators, they are the ones gassing “Assad’s” people, and killing “Assad’s own people”, and destroying schools and hospitals and the entire fabric and identity of Syria itself. They are the sectarian, mass-slaughtering, Christian (and Muslim)-slaying monsters, not Assad.