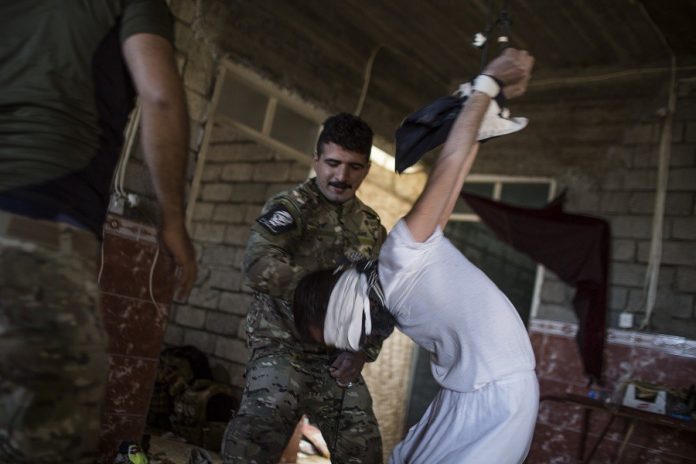 The U.N.’s Special Rapporteur on Torture, Nils Melzer, has declared that Julian Assange is being tortured in Britain’s super-max Belmarsh Prison, by applying “torture that will not leave physical traces, that will erase the personality of the victim,” and that these methods of torture were first applied by the Nazis at the Dachau concentration camp and subsequently refined through experiments on untold numbers of victims so as to establish mind-control over them. (The Nazis used this in order to convert anti-Nazis into their own agents.) The chief person who oversaw these experiments for the U.S., Canadian, and UK Governments, was Dr. Ewen Cameron, President of the American Psychiatric Association (1952–1953), Canadian Psychiatric Association (1958–1959),[2] American Psychopathological Association (1963),[3] Society of Biological Psychiatry (1965) and World Psychiatric Association (1961–1966). (The 114 page “1973 Amnesty International Report on Torture” didn’t mention Dr. Cameron even once. Neither did their 50-page “Torture in 2014: 30 Years of Broken Promises”. Neither did anything else from Amnesty InternationaI. Nor from Human Rights Watch. Both organizations are allied with — funded by billionaires of — the U.S. regime. It’s down the memory-hole, for Cameron.)

Melzer tweeted on May 8th:

Today one year ago we visited #Assange in prison.

First I was shocked that mature democracies could produce such an accident.

Then I found out it was no accident.

Now, I am scared to find out about our democracies.

In a panel discussion of Stephen Bennett’s documentary, “Eminent Monsters” (see the film’s trailer here), Melzer says (4:40-) “you see states [governments] investing actually billions into developing methods of torture that will not leave physical traces and will actually erase the personality of the victim and working on this for decades, and it’s enormous to see the scale of these programs, and also to know where these actually come from, because the first ones to actually systematically experiment with this were the Nazis in the Dachau concentration camp.” Wikipedia has a comprehensive article on Cameron which even includes description of some of his “MKULTRA Subproject 68” experiments on victims who came into his ‘care’ for “anxiety disorders,” “sexually abused,” etc., experimenting “extensively on his patients without their consent, causing … long-term damage,” courtesy of America’s CIA and with the full cooperation of the “intelligence” services also of Canada and UK. Some of Dr. Cameron’s ‘patients’ have described on the CBC how Cameron had permanently nullified (destroyed) parts of whom they had been.

The superb 1991 book by John Marks, The Search for the ‘Manchurian Candidate’, is about MKULTRA, and opens with “‘Our guiding light is not the Hippocratic oath,’ a doctor working for the Central Intelligence Agency told a classroomful of recruits back in the mid-1960s, ‘but the victory of freedom.’” That’s a good paraphrase of George Orwell’s 1984, but this one is a real-life version of that. And, of course, though Russia ended its side of the Cold War in 1991, America’s has secretly continued it as if that never happened — ‘anti-communism’ had actually been merely the excuse for America’s new and permanent military-industrial complex, the permanent-war economy based on its giant weapons-manufacturers, which Dwight Eisenhower hypocritically warned against on 17 January 1960, just as he was about to leave office, but which he himself had actually persuaded Harry Truman on 26 July 1945 to start (the “Cold War”), just when WW II was ending. Ike was the actual godfather to General Dynamics, Lockheed, etc., and his warning against them was pure personal PR for himself in the ‘history’ books, nothing which was real. After the Soviet Union itself ended in 1991, America expanded NATO right up to Russia’s border, and now surrounds Russia on all its sides, and the American population nowadays no longer even needs any ideological excuse for being fascists, because decades of conditioning via the billionaires’ media into accepting and supporting America as being a global empire and no longer as being a decent sovereign and independent nation, in a global community of nations, have made this aggressive international behavior of the American Goverrnment acceptable to the majority of the U.S. population. This mindset — and the impunity of all post-WW-II U.S. Presidents for their having instituted and carrying out MKULTRA — has become a success of mind-control on an epic scale. And courageous resistors such as the Australian Julian Assange are getting the worst of it.

The United States Government trains its foreign proxy-forces in torture-techniques for forcing local prisoners to give ‘evidence’ that serve its purposes, such as to extract from Iraqis testimony that Saddam Hussein was behind 9/11, or for prisoners to reveal the identity or location of other freedom-fighters against the U.S.-imposed international tyranny. No nation in the world even approximates the number of invasions, coups, and economic blockades (called “sanctions”), that the U.S. regime imposes, and that it demands its ‘allies’ (foreign stooge-vassal nations) to comply with so that the U.S. can strangulate its intended victim-nations, such as Syria, Iran and Venezuela — nations that (like Iraq) never even threatened America, and so all of this is pure aggression. “Black sites” where U.S. forces tell foreign local forces what tortures to inflict and how, are considered acceptable by the increasingly morally compromised U.S. population for the U.S. regime to impose abroad, in the name of spreading ‘freedom, dignity, and human rights’, to lands that America’s aristocracy haven’t yet conquered, but still intend to conquer.

The spirit of Hitler lives on, in the U.S. regime, and we see it clearly in places such as Honduras, El Salvador, Guatemala, Ukraine, Syria, Iraq, and Venezuela, all in different ways, and all targeting against different victim-populations.

Unlike in Hitler’s Nazi Party, America’s regime is bipartisan and entails the billionaires in both of the fascist regime’s two political Parties. By means of dividing the billionaires into these two contending political teams, one Democratic and the other Republican, the post-WW-II myth of a ‘democratic’ United States continues to be spread both nationally and internationally, in order for the regime to continue to be called ‘democratic’, long after democracy’s having actually expired in the U.S.

Investigative historian Eric Zuesse is the author, most recently, of  They’re Not Even Close: The Democratic vs. Republican Economic Records, 1910-2010, and of CHRIST’S VENTRILOQUISTS: The Event that Created Christianity.

Was the Azov Battalion Behind the Mariupol Theater Bombing? Or was it Russia?/By Eric Zuesse

The Ukraine-Russia Negotiations Are Effectively Dead: Ukraine’s Refusal to “Denazify”/ By Eric Zeusse

Was the Azov Battalion Behind the Mariupol Theater Bombing? Or was...

The Ukraine-Russia Negotiations Are Effectively Dead: Ukraine’s Refusal to “Denazify”/ By...