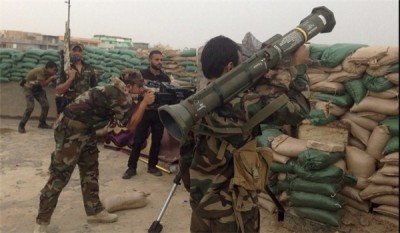 We have forgotten that the sanctions preceding the illegal invasion of Iraq intentionally destroyed water treatment centers and directly killed 500,000 children under age five and about 1.2 million others.

The West’s on-going impunity as it continues to perpetrate genocide in Iraq should alert us to the dangers of repeated offenses elsewhere. Preliminary reports, for example, indicate that NATO is targeting water infrastructure as it illegally bombs Syria.

The illegal invasions of Iraq and Libya were sold to us through lies and deceptions. And yet we remain seemingly immune to reasonable, well-documented information that the war on Syria is also being perpetrated by means of lies and deception.

Strategies of deception are being perpetrated by warmongering imperialists in all of these wars, yet despite the on-going holocaust, and the real threat of nuclear war, the same genocidal strategies are being successfully employed again.  And the public remains remarkably oblivious to what is happening.

What are these strategies, and how can we counter them?

A “soft power complex” engineers domestic hatred towards perennially re-branded enemies, and consent for permanent, illegal warfare, beneath false banners of “democracy”, “freedom”, or “humanitarian intervention”.  It also engineers murderous chaos and destabilization in target countries.  Sometimes there are unforeseen consequences, but none of the strategies are mistakes, as apologists would have us believe.

Mainstream media (MSM) often uses PR-engineered sources for its stories – the “White Helmets” in Syria would be a good example – and it often tells its stories using commentators who have largely undisclosed links to the Military Industrial Complex (MIC).  For example, an October, 2013 analysis by the public accountability initiative, titled, “Conflicts of interest in the Syria debate|An analysis of the defense industry ties of experts and think tanks who commented on military intervention”, discloses widespread conflicts of interest involving 22 media commentators who offered ostensibly “objective” commentaries about a previously planned, illegal (future) invasion:

Not only are MSM stories rife with undisclosed prejudices and conflicts of interest, as listed above, but some transformative stories themselves are likely dramatic presentations masquerading as reality.   And it’s all legal.

According to an amendment to the 2013 National Defense Authorization Act (NDAA), the House Bill H.R 5736 (now law), the federal government of the United States can now legally propagandize the domestic public.

Consequently, not only are we contending with false media source information, corporate media gatekeepers, and commentators with largely undisclosed conflicts of interest, but now we must also contend with fabricated dramas orchestrated to invoke primordial fears and unthinking reactions in mass populations. It’s a closed loop circuit of lies, deceptions, and behaviour modification writ large. Recent evidence demonstrates, moreover, that the matrix of deceptions works brilliantly to engineer consent for the most heinous crimes imaginable.

Democracy demands an informed population, yet governing agencies are working overtime to ensure that their “audience” remains deluded.  The degenerate “controllers” are winning. The dystopian future envisioned by Orwell has arrived.The original source of this article is Global ResearchCopyright © Mark Taliano, Global Research, 2015