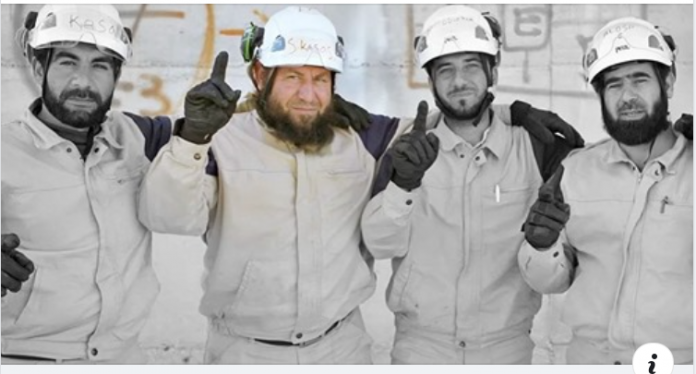 An article in The Globe and Mail today has revealed that the Canadian government had ended funding to the terrorist-linked White Helmets shortly after the suspicious death of their British military intelligence founder, James Le Mesurier – immediately after a financial investigation into his possible malpractice as Director of Mayday Rescue, an alleged NGO that Mesurier established in 2014 to funnel UK and EU money to the White Helmets. The two organisations shared offices in Istanbul.

Canada was instrumental in the “rescue” of White Helmets and armed group leaders from southern Syria in 2018. The operation was managed by Israel and the White Helmets were deposited in Jordan before being settled in UK, Canada and Germany – a number are still in Jordan, suspected to have hardcore terrorist links. A Jordanian MP, Tareq Khoury,  has called for their extradition to Syria to face trial for terrorist offences.

Farouq Habib, the White Helmets general manager and resident in Canada, bemoans Canada’s dropping of the organisation – other nations have succeeded in bypassing the closure of Mayday Rescue and are still funding the organisation according to Habib. Habib was one of the last people to see Le Mesurier alive on the day of his death.

What this suggests is that despite the best efforts of the BBC (UK State media) and the “Syrian regime change” media cabal, to whitewash James Le Mesurier and the White Helmets – the Netherlands and Canada appear to consider the WH a liability. Netherlands had withdrawn funding in 2018 after a report found that it was highly likely funds were ending up in Al Qaeda pockets.

The “regime change’ narrative is collapsing further on a daily basis and no amount of defamation or misrepresentation of facts is going to prevent it.