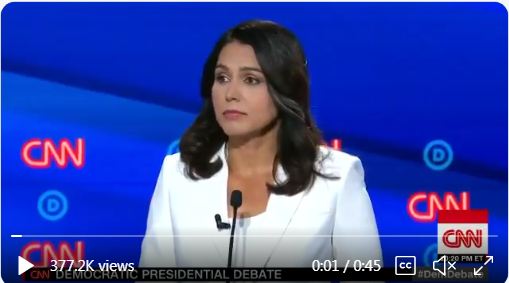 I enlisted after 9/11 to protect our country to go after those who attacked on us on that fateful day and took the lives of thousands of Americans. The problem is that this current President is continuing to betray us.

We were supposed to be going after Al Qaeda but over years now not only have we not gone after Al Qaeda who is stronger today than 9/11, our President is supporting Al Qaeda.

READ MORE: Kudos to Tulsi Gabbard for Telling The Truth. Lest We Forget …

U.S. must withdraw from Syria/Letter to the Editor/By Sheila Young

How Washington is Positioning Syrian Al-Qaeda’s Founder as Its ‘Asset’/ By...