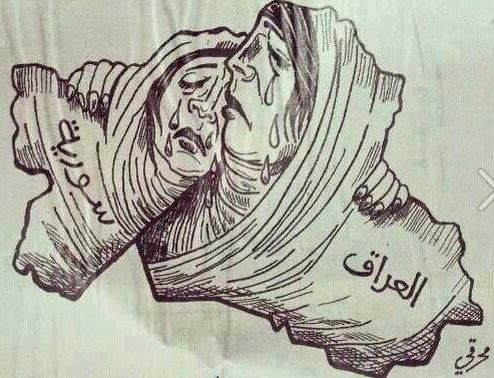 Sinan Shaibani is in Syria.

September 13, 2017  · “How come I do not have a father to hug me?” – a resident of Homs quoting his 4 year old nephew who asked his mother this question after he saw his uncle hug his children. His brother was a prominent lawyer killed by the US backed opposition (alongside over 300 others massacred in a single day according to what I was told)

As he drove us through Homs I asked him “who is responsible for all this destruction”. He replied:

“The armed groups of course. Do you know when the state started its military campaign? Not the first day nor the second day, neither one year nor two, three, or four. They [the state] were waiting on them [the armed groups] -what do you want? Ultimately we the people asked the state to rid us of them. They used to slaughter people in these streets, one day rockets, another sniping, another kidnapping – and then what?”

The US and its allies need to be held accountable for co-opting legitimate Syrian grievances by supporting the most backwards opposition. This is in Syria alone, cannot begin to imagine the plight of the poorest Arab nation [Yemen] bombed and starved to death by the US and its allies.

Pilot got the jab and now he’s no longer able to fly.

US Military Sent over $1 Billion Worth of Light Weapons To...