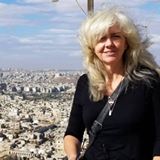 Well, I guess it’s time to share what I’m thinking about this Corona Virus situation after spending the past week thinking, thinking, thinking. I’m hesitant to share these thoughts because I know I’m going to get just about everyone ticked off over some part or another of it. I’m not saying I’m right about any or all of this – but these are my thoughts as of today, April 15, 2020. And just to be clear, what I’ve written here is written as an American living in America. How other countries are dealing with this and what the people in those countries think of it all is their business.

Do I care about the people dying from COVID-19 here and around the world? Of course I do – above all I hate seeing people suffering and dying. I will be blunt however and say I am unable to mourn for the causalities of this disease more than the victims of other causes of death, particularly the victims of those who willfully destroy life. I’ll never forget the photo of a father, holding the body of his very young daughter in his arms while he sobbed, the unbearable pain gushing out of him. Her head had been cut off after she was savagely raped by an ISIS fighter. What about the young boy in Palestine who was deliberately shot through his eye for daring to stare out at Israeli soldiers? Shot through his eye, killed, for looking at his oppressors from within his own home.

People die … it’s an obvious truth but it is the truth … we’re all going to die of something. Living should not have to be only about not dying and do you have any concept of how many people in this world are simply trying to continue existing in this world? Starvation, disease, fouled water and environment, bombs, guns, exhaustion … if you haven’t wept for them, save me from your tears for people now. If you have wept for them, as most of my friends here on Facebook have, God bless you and thank you.

Regarding those screaming, “STAY AT HOME!!” – I’m not talking about those simply suggesting it or following the guidelines but the screamers – again, spare me please if you weren’t saying at least something similar while 20,000 to 80,000 people have been dying of influenza here each year in the US. This is MUCH WORSE they say, TEN TIMES WORSE, and maybe it is, but I don’t recall 1/10th or even 1/100th of the outrage when kids go to school sick as dogs because of the pressure put on them to be in school no matter what. When our kids were in school, I used to hear moms and dads boasting of their “little Johnny” never missing a day of class, even when little Johnny was sooo sick. Thanks, I thought and sometimes said aloud, for infecting our family because you wanted little Johnny to get a certificate for 100% attendance at the end of the year awards assembly. Many families of course send their children to school sick because the parents have to work and can’t get someone to take care of their children during times of illness sadly. How about when adults also sick as dogs have to go to work because their employer requires a doctor’s excuse for them to stay home? You know what it costs to go get a doctor’s note if you don’t have the right insurance or any insurance? About $250 for the ‘privilege’ of getting out of bed while feeling horribly ill, sitting in a waiting room with other sick people, and spending 10 minutes maybe with a doctor to get a note so you can ‘stay home’.

Do I care about the damage to the economy these lockdowns are creating? Damn right I do. Is that concern for the greedy wolves of Wall Street whose deceptions cost Syd and I most of our retirement savings of decades? Hell no! But I am very worried for the ‘worker bees’, the self-employed, the owners of small businesses who do not have months of savings to hold them over and for whom the $1200 bone getting thrown to us by the government will not help save in any appreciable way. Do you know what it takes to keep a small business going here? It takes everything you’ve got and usually more just to stay alive. There are people making minimum wage and less who must have two or even three jobs to provide for themselves and their families. Others might be making pretty good wages but the cost of living – even without any luxuries – is so high they are just holding on. And they’re all supposed to just suck it up even in areas where there are almost zero cases of COVID-19 and stay home because their particular job isn’t ‘essential’ to society at large, just essential to their own families?

Do I care about how some – yes, it is only some, hospitals are overburdened dealing with COVID-19 patients while the doctors, nurses and other workers at those hospitals have been pleading for better protective gear and the other equipment they need to cope with this crisis, with many succumbing to the virus themselves? Of course I do. But why don’t they have the right gear, equipment and support? After the numerous pandemics over the years and one of the worst just a decade ago in 2009 with the H1N1, there is no excuse for being caught unprepared in this way. Some people here in America want to blame China – give me a freaking break. If there is one thing I’m sick of more than any other single thing here in the US it is that way too many Americans blame other countries for exactly the same things our government is guilty of…things in fact we are not only way more guilty of than others but often are the only country guilty of certain massive crimes against humanity like using two atomic bombs or devastating, impoverishing economic sanctions.

Now here’s an interesting statistic that the New York Times and all the rest of mainstream media don’t publish every day … about how preventable medical error is the third leading cause of death in the US. Yup – 225,000 people dying from preventable medical error. Don’t believe me? Check out this article in the Journal of the American Medical Association, vol. 284, no. 4, by Dr. Barbara Starfield called “Is US Health Really the Best in the World?” from July 26,2000, pp. 483-485.

This is something that will surely anger a lot of folks but I’m going to say it anyway. It is not my job to “save” American hospitals and the medical personnel who work there. Again, it doesn’t mean I’m not concerned for those who are at great risk in fights against contagions; I’m very worried for them actually, but let’s lay the blame and responsibility at the right feet…the government and the health care industry and all the various tangled and usually quite profitable webs involved in the two. Instead of the US over the past 20 years wasting almost $6 TRILLION destroying several countries and killing millions in wars sold to us all with pure lies – along with the Pentagon simply “losing track of” a reported $21 TRILLION – we could have been investing some of that in improving our health care and preparing for upcoming health disasters that everyone knew were coming.

As for the increased surveillance expected to come “to keep us safe” I find that abhorrent and will resist it. I defend China on many issues in the international realm but have no desire to have their system of ‘monitoring’ their people mimicked here. The apartheid state of Israel is doing the same – while they spy on us all too. The national security state in the US is appalling already and it is supreme irony that so many Americans believe our wars are to “defend our country and freedoms” – our wars are to secure the profits and power of the same criminal elite class and special interests that have been getting us into wars for the last 220 years or so of our existence.

Finally as to the various hypotheses out there about how, where and why this started, I’m reading and researching about those but to be frank, as of today, I’m not seeing a big global conspiracy. What I think I’m seeing is a lot of different blobs (people, organizations, agencies etc., that have influence) vying for power and profits from it, and lot of blobs making a total mess of it through ineptitude and arrogance. I don’t think of Bill Gates as a devil trying to kill off millions for example – I think he’s a former pimple faced geek who has become convinced of his own PR to the point of a messiah complex – but I will tell you this, no one, no how is going to get me to take a vaccine I don’t want (and I don’t want any at this point). If it comes down to forced vaccines, there will be one more ex-pat American wandering around this world.

So, I hope you all will take this rant in the heart and spirit with which it is shared and that is with love albeit with a lot of frustration at this bizarre situation we are in. Good night

Video: COVID-19. The Unspoken Truth. The Most Serious Global Crisis in...