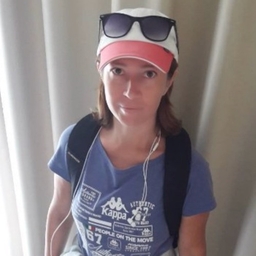 Original Link Here: The UK is Doing Its Best to Stir a Food Crisis While Pinning the Blame on Russia « Aletho News

Russia’s special operation in Ukraine may cause a two-year global food crisis even if the standoff ends tomorrow, The Telegraph claims, citing Western officials. They insist that exporting grain “trapped” in Ukraine is the remedy, while remaining mute about West’s sanctions paralyzing larger food exports from Russia to third-world countries.

“We are very clear that this grain crisis is urgent, that it needs to be solved within the next month otherwise we could see devastating consequences,” UK Foreign Secretary Liz Truss told the press on June 23.

The ongoing conflict has disrupted production, “causing global food prices to soar to record levels,” claims The Telegraph. In particular, wheat prices increased to an average of 56.2% in May, 2022 above their value last year, according to the UN Food and Agriculture Organization (FAO).

The newspaper’s source says that the British officials see current efforts to move Ukrainian grain over land and road as “far below” what is needed. They insist that the commodity needs to be exported by sea, accusing Russia of blocking Ukraine’s food supplies from leaving Ukraine’s Black Sea ports. According to UK Prime Minister Boris Johnson, Moscow was trying to hold the world “ransom.”

The newspaper also cites “newly declassified US intelligence” claiming that the Russian navy “has been given orders to lay mines” in Odessa and Ochakov and “mined” the Dnieper River “as part of its blockade of Ukrainian grain exports.” According to BoJo, the UK is helping Ukraine “at a technical level to help demine Odessa.”

Russia denounced the US and the UK claims, stressing that the Ukrainian military mined their own ports during the retreat. Furthermore, Ukraine continues to stampede Russo-Turkish efforts to demine the area and ensure the safe passage of ships from the country’s territorial waters.

On June 2, Russia’s Permanent Representative to the UN Vasily Nebenzya made it clear that Russia is ready to provide safe corridors for Ukrainian ships carrying 20 million tons of grain if Kiev demines the water area surrounding its ports.

In late May, the Russian Ministry of Defense announced that the Russian Navy had created safe zones in the Black and Azov Seas for ships leaving Ukraine along humanitarian corridors. The corridors with a length of 139 miles and 3 miles wide are operating daily from 8:00 am to 7:00 pm (GMT+3) in the Black Sea for vessels stationed in the ports of Kherson, Nikolaev, Chernomorsk, Ochakov, Odessa and Yuzhny.

Nevertheless, the Kiev authorities “continue to do everything possible to evade interaction with representatives of foreign states and ship-owning companies in resolving the issue of ensuring the safe exit of blocked ships,” according to the MoD.

Turkey, which has worked with Russia in demining the Black Sea and providing safe passage to vessels, echoes Moscow’s concerns. Turkish Foreign Minister Cavusoglu told Anadolu Agency last month that the two major obstacles hindering grain exports are mines placed by the Ukrainian military in the Odessa water area as well as Western sanctions slapped on Russian ships in terms of insurance and the provision of services at international ports.

The Western press is shying away from discussing how anti-Russian sanctions, imposed on the country’s trade, finance, transportation and crucial agricultural commodities have backfired on the global food market sending prices high.

“Sanctions against Russia have aggravated the situation with the supply of grains and fertilizers to African countries. We no longer have access to them, and this poses a serious threat to food security on the continent,” Sall warned on 3 June during an official visit to Russia.

Together Ukraine and Russia produce about a third of the wheat traded in global markets, according to the Washington-based International Food Policy Research Institute (IFPRI). Still, Russia is the world’s largest exporter of wheat, providing more than 17% of all wheat sold in the global market while Ukraine’s share amounts to roughly 10%.

For comparison’s sake, Russia exported 44.64 million tons of wheat in 2018, while Ukraine provided the global market with 16.91 tons of the commodity the same year, according to FAO.

Ukraine’s role as a food commodity exporter is deliberately overestimated by the West, Russian President Vladimir Putin said in a June interview with Rossiya-1.

Putin dismissed claims that Russia was supposedly trying to block the export of Ukrainian grain, calling the allegations a “bluff.” The Russian president stressed there were no obstacles to the export of grain from Ukraine. He stressed that ships carrying wheat could enter the Black Sea any time if Kiev clears ports of mines. World wheat prices have fallen by 10% after Putin signaled Russia’s readiness to ensure the transport of grain from Ukrainian ports.

G7 & NATO to Double Down on Further Isolating Russia

While the British government continues to castigate Russia’s special operation for the unfolding global food crisis, the British prime minister is calling for Europe to step up military aid to Ukraine.

In particular, BoJo came up with a new plan offering Ukraine a training campaign for its military personnel and urging Western leaders to provide “constant funding and technical help” to Ukraine to ensure Kiev’s longstanding resistance to Russia.

BoJo is expected to push France and Germany to strengthen their support for Ukraine during the G7 summit next week, “as he fears that [Ukrainian President] Volodymyr Zelensky could be bounced into agreeing a ‘s***y’ peace deal [with Russia],” according to the Telegraph.

For its part, Reuters projects that next week G7 and NATO leaders will work to “increase pressure” on Russia over its special operation in Ukraine, while seeking to further isolate the country from the global economy.