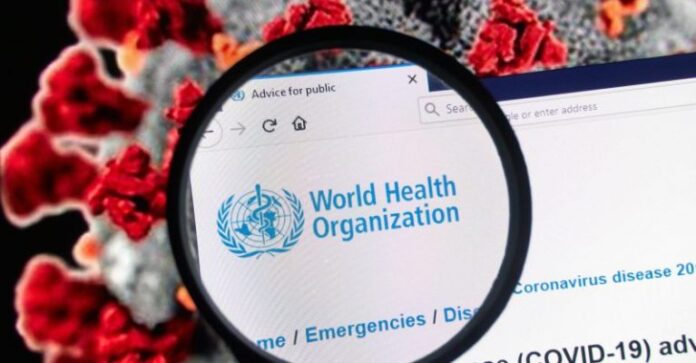 Original Link Here: The WHO Plans to Strip 194 Nations, and the US, of Sovereignty- May 22 (independentsentinel.com)

As we reported on April 1, The WHO is attempting to push through changes to a treaty that would give them global control over health worldwide. This helps fulfill some of the goals of the WEF’s Great Reset. It is a massive power grab that takes away a nation’s sovereign rights to determine its own health standards.

A decision will be made by vote on May 22-28 at WHO World Health Assembly. Two-thirds of the Senate does not have to vote for it. It’s a rule change but it’s. devastating one.

In a new video, The Pulse’s Joe Martino interviews Shabnam Palesa Mohamed, a member of the steering committee of the World Council for Health, who points out that the treaty gives the WHO:

“… an inordinate amount of power to make decisions in sovereign countries as to how people live and how they deal with pandemics, from lockdowns to mandates over treatment.”

In an open letter on the WHO’s pandemic treaty, the World Council for Health writes, in part:

“The proposed WHO agreement is unnecessary, and is a threat to sovereignty and inalienable rights. It increases the WHO’s suffocating power to declare unjustified pandemics, impose dehumanizing lockdowns, and enforce expensive, unsafe, and ineffective treatments against the will of the people.

It’s the usual Marxist one-size-fits-all approach. Everyone will be on the same page and science will cater to GLOBAL political whims.

It will cost millions of dollars or more and money will be laundered by them and their pickpockets.

The WHO appears to want to push the treaty through quickly without public participation and input.

“It is undemocratic, it is unconstitutional and therefore it makes the treaty invalid and unlawful,” Mohamed says. She also made note of the many WHO health policy failures due to their “conflicts of interest.”

It is much worse than we thought. The rule change includes very dangerous amendments – 13 of them. Investigative reporter Leo Hohmann reports that these amendments will NOT require approval by 2/3 of the United States Senate. It’s not called a treaty. It’s amending a treaty we are a part of.

If they are approved (as submitted by the United States) by a simple majority of the 194 member countries of the World Health Assembly countries), these amendments would enter into force as international law just six months later (November 2022). The details of this are not crystal clear.

Our administration is actively destroying the Constitution by making us part of a global new world order.

Mr. Roguski has a website with information at Don’tYouDare.info.

This gives us the one-world government in an instant:

WHO Pandemic Treaty Submissions. Here Is My Researched Submission Which Anyone May Use/ By Elizabeth Woodworth – Mark Taliano