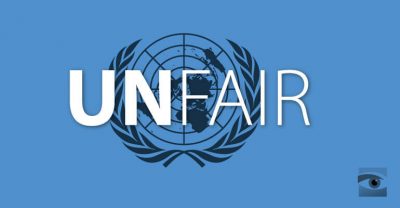 A recent report by the U.N Commission of Inquiry[1] on Syria, fruit of terrorist- perpetrated false flag attacks, such as the incident at Khan Shaykhun, in Idlib province, is yet another example of the U.S Empire’s corrosive influence in world affairs.

Circumstances surrounding the incident at Khan Shaykhun are the rule, rather than the exception.

The U.N Commission’s findings are clearly flawed since they rely on al Qaeda terrorists as witnesses, since the chain of custody for evidence was not secured, and for numerous other well-documented reasons. But the report will nonetheless have some (limited) traction because it serves criminal propaganda agendas of those who still seek to expand the war, to destroy the forces of international law and order, to empower terrorism, and to force duly-elected and much-loved President Assad “to go”.

Washington regularly uses fake intelligence to provide fake pretexts for war and more war. Time and again, we see that policies are first established (i.e the invasion of any number of countries), and thenintelligence is “fixed” around the previously established policy to “justify” that which is not justifiable.

Author David Ray Griffin, demonstrates in Bush and Cheney|How They Ruined America And The World that “(e)very claim made by the Bush-Cheney administration about WMD (in Iraq) proved to be false.” In reaching this conclusion, Griffin shows that in every instance where solid intelligence did not support invasion plans, fake/corrupt “intelligence” was used instead.  Intelligence was “fixed” around policy.[2]

NATO terrorists have used “fixed” intelligence for all of their false flag terror incidents in Syria, and the incident at Khan Shaykhun[3] is no exception.

The U.N has proven itself, yet again, to be an agency for corruption and imperialism rather than as an agency for peace and the rule of law.

[1] Independent International Commission of Inquiry on the Syrian Arab Republic

Featured image is from honestreporting.com