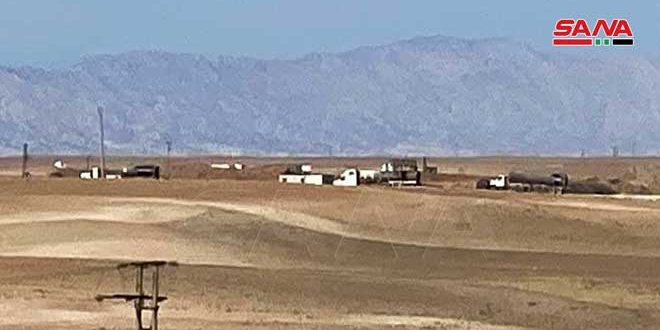 HASAKAH, March.3, (ST)-The US occupation forces  transported with the help of the “Syrian Democratic Forces” militia hundreds of ISIS terrorists’ families from the camp of Khan Al-Jabal in the northern countryside of Hasakah, local  sources  in Al-Malekeyeh area reported on Thursday.

The sources clarified that the ISIS terrorists’ families were transported by 200 vehicles through the illegal Al-Waleed crossing point towards Iraqi territories.