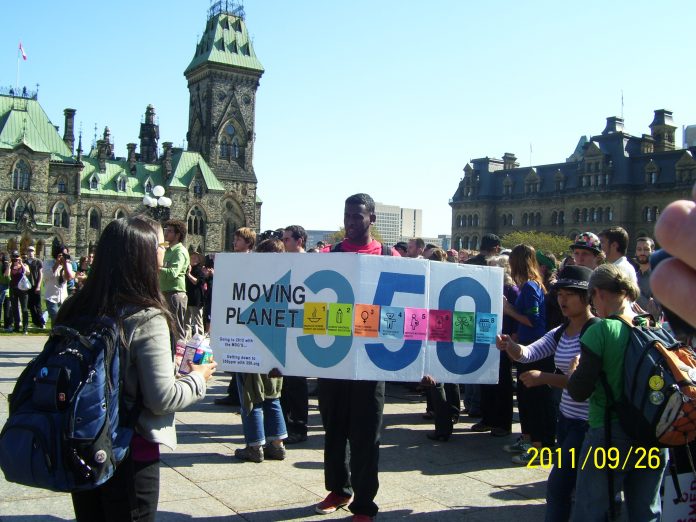 The World Health Organization (WHO) estimates that human-caused climate change is already responsible for 150,000 deaths annually. If we continue our current trajectories of “business as usual” as our response to climate change, the WHO expects that between 2030 and 2050 climate change will cause approximately 250,000 additional deaths per year. According to the WHO, the yearly death rate will include, “38 000 due to heat exposure in elderly people, 48 000 due to diarrhoea, 60 000 due to malaria, and 95 000 due to childhood under nutrition.

Once “tipping points” occur, non-linear changes will emerge, and the death toll will be much higher.

As author David Ray Griffin demonstrates in his book, Unprecedented: Can Civilization Survive The CO2 Crisis?, we are facing a constellation of unprecedented, intersecting threats that are leading humanity to increasingly severe catastrophes, and possibly even extinction.

The unprecedented, lethal threats identified by Griffin are these:

A closer examination of just one of these threats shows how they are inter-related:

Author Lester Brown explains in “Rising Temperatures Melting Away Global Food Security” that we are losing our “Reservoirs In The Sky” — glaciers and snowpack, and that these reservoirs are melting in all the world’s major mountain ranges.

Melting glaciers and snowpack deliver less water for drinking and agriculture. Once these “reservoirs in the sky” — also called “natural water towers” and “frozen water towers”– are degraded and disappear, food scarcity and drought impacts are amplified. In the winter of 2015, for example, California’s Sierra Nevada snowpack was measured at 25% of its average depth.

“Deglaciation” also contributes to sea level rise and regional hydrological changes. In Western Canada and elsewhere, for example, it impacts freshwater fisheries; once the glaciers are gone, the fisheries will become extinct.

Since deglaciation impacts food and water security, it also contributes to desertification, and this in turn creates “climate refugees”, as people are forced to leave for more habitable locations. A report by the Environmental Justice Foundationclaims that, “on average, 27 million people are displaced by climate and weather-related disasters each year.”

Increased scarcities of food and water, and the growing displacement of peoples due to climate change — and de-glaciation — will likely be casual factors of so-called “water wars” as well.

Our collective response to catastrophic, human-caused climate change, is inadequate on many levels. Griffin argues that our failures and challenges are also “unprecedented”. He shows that the status quo/business-as-usual approach to climate change will accelerate catastrophic consequences, that a “wait and see” attitude would be even more cataclysmic, and that the only reasonable approach is radical change.

Radical change means full scale societal mobilization and the rapid decarbonisation of the economy, all with a view to reducing the global temperature increase by less than 2 degrees Celsius relative to pre-industrial levels.

The stakes couldn’t be higher, since we literally face the real prospect of human extinction if we do not radically change our approach now.

As with the iteration of unprecedented lethal threats, the aforementioned list of challenges and failures share intersecting trajectories as they meet, overlap, and create common ground. Consequently, a closer examination of one failure sheds light with others as well.

The industry of Climate Change/Global Warming Denial, for example, is closely linked to, and sometimes a causative element of, the other challenges and failures.

Despite the fact that the scientific debate is closed, and the scientific consensus is that humans cause global warming, the Climate Change Denial Industry spends vast quantities of money to promote unreasonable doubt about this scientific fact.

Increasingly, money is being laundered through Donors Trust. A Greenpeace analysis reveals that Donors Trust has laundered $146 million in climate denial funding from 2002 to 2011.

Politicians invariably exploit the fabricated confusion and endorse policies that serve the narrow interests of Big Oil. An extreme example of this is the Tea Party movement.

This seemingly grassroots movement endorses policies that align with Big Oil interests — low taxation, high profits, de-regulation. Evidence suggests, moreover, that the movement was created with a view to make it appear like a grassroots movement, when it was actually fabricated by Big Oil to serve Big Profits rather than the interests of those who support the party. The term used to describe the process is “Astroturfing.”

In terms of morality and religious propriety, the use of deceit and subversion to advance a civilization-killing agenda, is repulsive.

It’s also bad for the economy. A 2011 article by Joe Romm, IEA’s Bombshell Warning: We’re Headed Toward 11 degreesF Global Warming and “Delaying Action Is a False Economy” cites the International Energy Agency’s (IEA) assessment of the economic cost of delaying action. “Delaying action is a false economy: for every $1 of investment in cleaner technology that is avoided in the power sector before 2020, an additional $4.30 would need to be spent after 2020 to compensate for the increased emissions.”

The complexities of “What is to be done?” to confront our dire circumstances, can be reduced to three momentous actions. First, we need a mass mobilization of people prepared to respond to the global warming emergency. Second, we need to transition immediately and completely to clean energy. And finally, we need to abolish dirty energy.

David Ray Griffin’s extraordinarily comprehensive and well-researched book, Unprecedented, should serve as a foundational guide for our needed mobilization.

Weather Warfare: Beware the US Military’s Experiments with Climatic Warfare/ By Prof Chossuovsky

Weather Warfare: Beware the US Military’s Experiments with Climatic Warfare/ By...

Canada’s Foreign Policy, Ukraine, Syria and the TPP: The Need for...