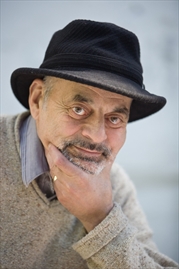 As Canadians, we are paying for our own indoctrination and our own impoverishment. CBC and all mainstream media consistently provide cover for the Canadian government’s foreign policy criminality. In so doing, these media outlets are part of the war propaganda apparatus that fabricates public consent for Canada’s international criminality, its “America First” foreign policy (1), and its status as an international rogue state.

Mainstream media fabricates and manages perceptions that Canada is humanitarian and law abiding in its foreign policy endeavours, but real evidence, not fabricated narratives, shouts the opposite.

The Canadian supported LIMA group, for example, described by Raul Burbano of Common Frontiers, as “an ad hoc group of governments that want to achieve outside of the Organization of American States (OAS) what it failed to achieve within the OAS” is part of a criminal conspiracy to impose Regime Change on Venezuela, and to support Juan Guaido, an imposter, who was never elected as President of Venezuela.

In the following interview, Ken Stone of the Hamilton Coalition To Stop The War amplifies these and other points.

If Canadians were aware of the truth, they might be humiliated by their government’s decisions, and its misuse of Canadian tax dollars.