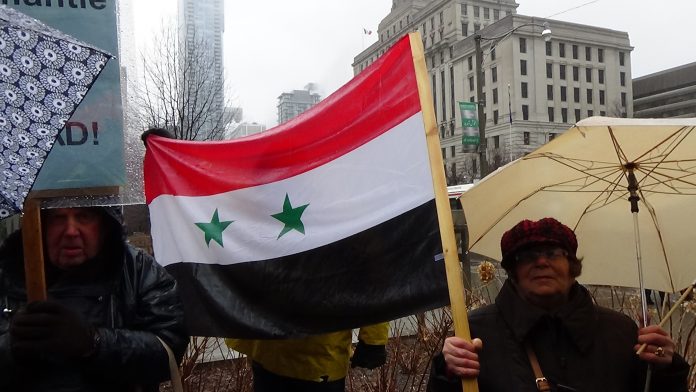 We first start to lose the truth when we enter the ring of war propaganda, which is the Western press. The lies, the omissions, the false equivalencies, the fabricated narratives, all grow there, mostly undetected.

In Western books promoted by Western publishers we read about Bana al-Abed and “White Helmet Saviours” but it isn’t the truth either. It is vile war propaganda.

When we accept the War Lies as the Truth, as so many of us do now and so many have done in the past, we become easily manipulated cogs in an apparatus of deception.  And we become complicit in the vast crimes waged in our names.

In opposition to Western governments and their agencies, is the “Axis of Resistance”, that defends and upholds the rule of international law and the inviolability of nation-state sovereignty.

If Westerners were to free themselves from the Press and scrape off the layers of war propaganda, they would recall that it is the West that is waging a publicly- proclaimed Regime Change war against Syria.  Syria is not waging a war of aggression against us. Syria and its allies are acting within the framework of international law. The West is not. The West rejects international law as policy.

The truth about Syria shines brightest when Syrians themselves speak. They are the ones on the front lines, combatting Western terrorism and barbarism, and ignorance, and stupidity. They are the heroes and heroines of the on-going Western imposed catastrophe – whether the history books tell us so or not.

In the interview below, conducted by Vanessa Beeley, the evidence-based Truth shines brightly for all who care to listen.  Throughout the interview, Dr. Issam Hawsheh, Director of Al Sqeilbiyyeh National Hospital, describes the impacts of the criminal economic warfare that the West wages against Syria and Syrians.  He describes the atrocities that Western-supported terrorists inflict on Syrians, and he assesses the war propaganda against Syria.

“Every flu is going to be transformed into a drama drumming”...