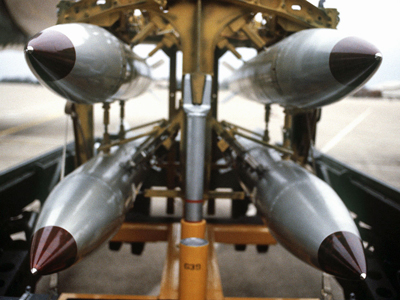 North Korea, notes Prof. Michel Chossudovsky,[1] “was the only declared nuclear weapons state which voted YES at the UN General Assembly, in favor of the prohibition of nuclear weapons under Resolution L.41[2]”

Whereas North Korea is a non-belligerent country, it is surrounded by Western forces which have threatened its very existence since the Korean War Armistice was signed in 1953.

Koreans understand that the threats to its very existence are credible.  They do not underestimate President Trump’s “Fire and Fury” threats, nor should they.  The Korean War exacted a tremendous toll.  Roughly 30% of North Korea’s population perished beneath the bombs and bullets.  Compare this, notes Chossudovsky, to World War Two, where .32% of the U.S population lost their lives.

Excerpts from Prof. Chossudovsky’s presentation at New Vision Church in Hamilton, ON.

Past U.S deeds also lend credibility to the threats.  According to the best available reports, the atomic bomb that the U.S dropped on Hiroshima alone exacted a terrible toll: about 150,000 casualties[3], mostly civilians.  And this is a conservative figure.

See this and this.

North Korea has every right to defend itself from the West’s global war on humanity, yet the West, including Canada, has no right to impose its credible threats on North Korea and its peoples, or any other country.

Whereas the explosive power of the bombs dropped on Hiroshima and Nagasaki was unprecedented, so-called “mini-nukes” today are as much as six times more powerful.  Additionally, the likelihood that they might be deployed is underestimated. Not only are these“tactical nuclear weapons” deemed to be “conventional”, but, according to the “Nuclear Posture Review”[4] they can be used in a “First Strike, Pre-emptive” capacity, and war theater commanders – three or four star generals – can make the decisionto deploy them.

A fake pretext could easily be engineered to precipitate cataclysmic nuclear war.  Bear in mind that all of the post 911 wars were sold to gullible publics on foundations of lies.

The blunt reality is that nobody wins a nuclear war. The criminal cabal pushing us towards the unthinkable apparently believes otherwise, but their anti-Life agendas could not possibly align with the informed will of the vast majority of humanity.

[4] Michel Chossudovsky, “The US Nuclear Option and the ‘War on Terrorism.’ “ Global Research. 14 May, 2004.  (http://globalresearch.ca/articles/CHO405A.html ) Accessed 21 December, 2017.The original source of this article is Global ResearchCopyright © Mark Taliano, Global Research, 2017