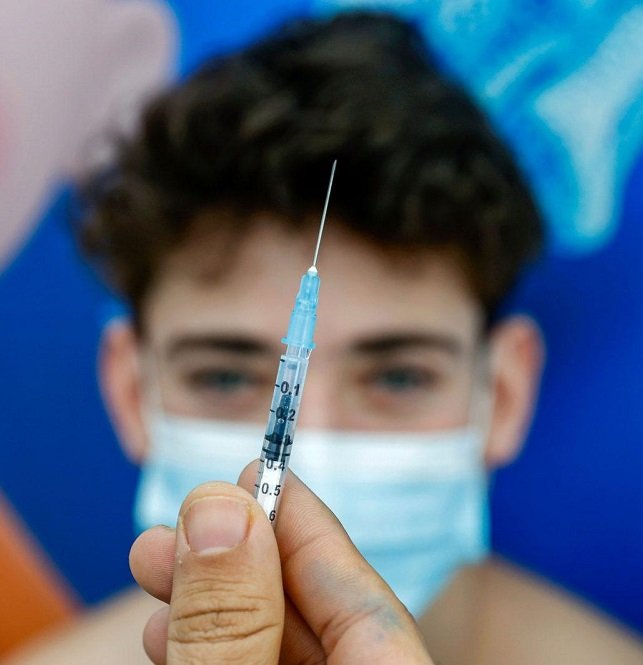 Deaths among 10-14-year-olds have been consistently above the national five-year average since the shots started being administered to children, according to a report.

U.K. reports on child deaths from the Office for National Statistics (ONS) show that, in the weeks since the COVID shot has been administered to children between ages 12 and 15, recorded deaths have risen by 44 percent above the 2015-2019 average for the same time period.

According to the ONS’ “five-year average weekly deaths by sex and age group” figures between 2015 and 2019 among children ages 10-14, there were 41 deaths recorded from week 38 (late September) to week 45 (early November). Within the same time period, the weekly figures recorded for the year 2021 show that 59 children died, representing a 43.9 percent rise in deaths over the five-year average.

A report from The Exposé notes that deaths among 10-14-year-olds have been consistently above that of the national five-year average since the shots started being administered to children, save for one week, week 42. Week 38 saw more than double the deaths among the young age group, going from a five-year average of three deaths to eight deaths in 2021.

The single largest weekly death count was observed in week 40, about two weeks after the jab had been rolled out, at which point 11 children died in 2021 compared with the five-year average of four, representing a 175 percent rise in deaths.

Breaking down the data into male and female categories, The Exposé showed that although more boys’ deaths were recorded, 2021 has marked a greater percentage of increase in deaths for girls.

READ MORE: Child Deaths Are 52% Higher than the 5-year-average Since They Were Offered the COVID-19 Vaccine, after Previously Being 14% Down According to ONS Data

While the quantities might appear low, the sudden change in recorded deaths is stark. For the 16 weeks before the COVID jab rollout, for example, an increase in deaths of only around 3.9 percent is observed, a factor of 10 less than the weeks thereafter. The highest increase in deaths recorded during the prior 16 weeks was in week 28, in which a 200 percent increase from the five-year average occurred, going from two to six deaths.

Unlike the time after the shots started being administered to 12-year-olds, the earlier period saw some large drops in deaths from the five-year average to now, with the largest decrease in deaths observed in week 23, during which time deaths dropped by 55.6 percent, down to four deaths from nine.

Though there is a pattern of increased deaths since the shots began being used in children, the causes of the deaths were not published.

The push to vaccinate young children comes despite the fact that children face extremely low risk from COVID-19. This combined with the thousands of reports of serious adverse events and deaths after the jabs has led numerous experts to criticize the push to inject children with the experimental shots.

This summer, researchers with Johns Hopkins School of Medicine found a “mortality rate of zero among children without a pre-existing medical condition such as leukemia” when they “analyze[d] approximately 48,000 children under 18 diagnosed with COVID in health-insurance data from April to August 2020.”

In response to the finding, lead researcher Dr. Marty Makary accused the CDC of basing its advocacy of school COVID vaccination on “flimsy data.”

On September 13, 2021, England Chief Medical Officer Chris Whitty advised that the government roll out its COVID-19 vaccination program to children ages 12 and over, with the National Health Service (NHS) deploying a children’s vaccination scheme nationwide by the following Monday, September 20.

Britain Health Secretary Sajid Javid suggested at the time that parents’ wishes could be overruled regarding jabbing their children against COVID, saying “as long as we believe the child is competent enough to make that decision, then the child will prevail.”

The government quickly acted on Whitty’s advice despite weeks earlier receiving contrary advice from the Joint Committee on Vaccination and Immunisation (JCVI), which declared against both the necessity and safety of implementing the jabs for children.

The JCVI, an independent adviser to the U.K. government on immunization programs, determined in a September 3 statement that the “available evidence indicates that the individual health benefits from COVID-19 vaccination are small in those aged 12 to 15 years.” They added that the any benefit granted by the abortion-tainted shots are only “marginally greater than the potential known harms,” while acknowledging that “there is considerable uncertainty regarding the magnitude of the potential harms.”

Given the uncertainty of risks involved with the COVID shots, the JCVI considered the benefits “too small to support advice on a universal programme of vaccination of otherwise healthy 12- to 15-year-old children at this time.”

Featured image is from The Last Refuge

Does the Virus Exist? SARS-CoV-2 Has Not Been Isolated? “Biggest Fraud...

Trust the Science? CDC Counts People Dying Within 14 Days of...