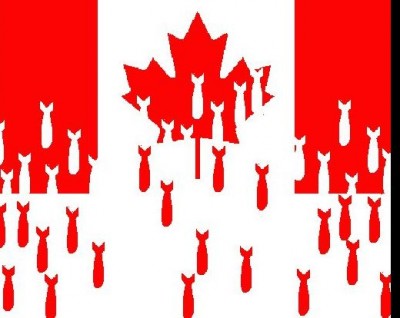 Canada is fast-becoming a safe-haven for terrorists.

Al Qaeda/al Nusra Front and ISIS are openly being welcomed[1] and protected from public scrutiny and juridical consequences, including “Anti-Terror” legislation.[2]

All of this exposes yet again that the “War on Terror” is a fraud, and that the Canadian government and its agencies support all of the terrorists in Syria, including ISIS[3].

This is known BEYOND A REASONABLE DOUBT.

Similarly, internet censorship, including algorithms imposed on anti-war sites, and Facebook censorship, are the spawn of pro-wars of aggression policymaking groups such as the Atlantic Council, which is partnered with Facebook[4].

These measures serve to strengthen and protect the “Shadow state” and the policymakers who are governing our lives and determining where our tax dollars flow. And a significant portion of our taxes flow into the pockets of terrorists, beneath the cover of a “feminist” foreign policy.

All of this is about destroying democracy – a fait accompli – and advancing anti-democratic political economies here and abroad.

Mark Taliano, “The White Helmets are “Black Helmets”, They are Al Qaeda