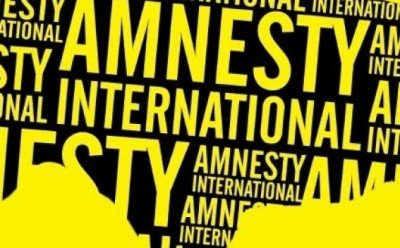 Washington-led Empire is a global gangster state[1]. It corrupts all organizations that stand in its way, including supposedly “non-governmental” agencies[2].

These agencies are government and/or foundation-funded. They are not neutral.  They serve and advance Empire’s crimes. They fabricate consent by propagating fake narratives, including the attribution of fake atrocity stories to target nations and their leadership. Amnesty International is one such agency. Amnesty’s statistics regarding Coalition bombing campaigns and civilian deaths provide a window into the corruption.

When the U.S.-led Coalition claimed that coalition air strikes in Syria and Iraq killed 1,302 civilians between August 2014 and the end of April 2019[3], we (including Amnesty) had every reason to be incredulous.

Ali al-Bayati, a member of Iraq’s Office of the High Commission for Human Rights claims, for example, that the coalition killed 11,800 civilians, including 2,300 children, and 1,130 women, in addition to 8,000 wounded by shelling [4] during the same period.

These figures are reinforced by the fact that the coalition carried out about 20,000 airstrikes between August 8, 2014 and July 31, 2015, and that they targeted 3,262 “ISIS buildings” which, according to Prof. Chossudovsky, were in fact Iraqi and Syrian civilian infrastructure.[5]

But Amnesty International/Air Wars’ “counter argument” that 1,600[6] civilians were killed in the 2017 Raqqa offensive  alone — that reportedly destroyed 80% of the city, and therefore constituted carpet bombing — is also dubious, first, because these statistics are not consistent with a four month long carpet bombing campaign, and second, because Amnesty International has lost its legitimacy as a reliable source of independent research.

Amnesty failed when it falsely accused the Syrian government of carrying out a policy of extermination against its own people.

Amnesty failed when it gave the false impression that peaceful Syrian protestors were being imprisoned and executed.

Amnesty failed when it cited the Caesar photographs[9] hoax as “evidence”.

Amnesty fails when it makes accusations against Syria and ignores the Supreme International War Crimes committed by the West and its terrorist proxies[10].

Finally, Amnesty failed when it created false narratives to fabricate consent for Empire’s war crimes against Afghanistan[11], Iraq[12], Libya[13], and beyond.

Amnesty’s vision of “a world in which every person enjoys all of the human rights enshrined in the Universal Declaration of Human Rights and other international human rights instruments[14]” is clearly a hoax.

Death Squads in Iraq and Syria. The Historical Roots of US-NATO’s Covert War on Syria.” Global Research. 4 January, 2013. 14 July, 2016. (https://www.globalresearch.ca/terrorism-with-a-human-face-the-history-of-americas-death-squads/5317564) Accessed 4 June, 2019.Trump is Playing a “Dirty Game”? Report from Damascus at 4am at the Height of the Bombings

Ep 363: Vanessa Beeley on Being Detained at Heathrow & UK’s War on Journalists/ By Slow News Day

A WEB OF DECEIT: AMNESTY INTERNATIONAL IN HONG KONG, By Laura...

“Bodyguard of Lies” and how stupid Western populations get deceived time...