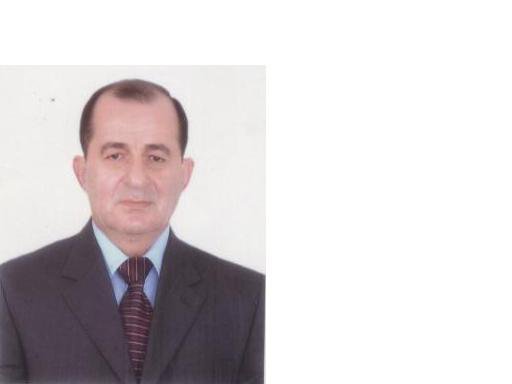 Doctor Barakat requested immediate legal action via the United Nations and the Syrian Foreign Ministry against the United States of America for its inhumane action in ordering and aiding the burning of Syrian wheat fields and other crops necessary to sustain human life within Syria.

His case is as follows: that the USA deliberately with malice and aforethought , ordered the burning by its proxies powers (moderate Rebels )to inflict inhuman suffering on the citizens of Syria using scorch earth techniques in sustainable crop areas of Syria.

On the direct orders of the White House orders were issued by the president Donald Trump himself, knowing full well that the result would cause widespread famine.

The Syrian diet consist of cereal foods wheat barley as does most Mediterranean diets.
Meat is far to expensive for most Syrians and bread is eaten with every meal.
These actions are considered a crime against humanity.

These actions were conducted prior to the introductions of H.R.31 116th Congress 2019-2020 this bill forced through congress with additional amendments later this month by Donald Trump and his war hawks.

This bill establishes additional sanctions and financial restrictions on institutions and individuals related to the conflict in Syria.
The Department of the Treasury shall determine whether the Central Bank of Syria is a financial institution of primary money laundering concern. If so, Treasury shall impose one or more special measures, such as requiring domestic financial institutions to maintain additional records on transactions involving the bank.
The President shall impose sanctions on foreign persons that (1) provide significant support or engage in a significant transaction with the Syrian government or those acting on behalf of Syria, Russia, or Iran; or (2) are knowingly responsible for serious human rights abuses against the Syrian people.
The bill also imposes sanctions on those that knowingly provide various goods or services to Syria, such as aircraft for the military, technology for the government’s domestic petroleum production, items on the U.S. Munitions List, and items that the President believes are being used to commit human rights abuses against the Syrian people.
The sanctions include blocking of financial transactions and barring of entry into the United States. Such sanctions shall not apply to activities related to providing humanitarian aid or supporting democratic institutions in Syria.
The President may suspend the sanctions under certain conditions, including if it is in the United States’ national security interests.
The Department of State is authorized to assist entities that are conducting criminal investigations and gathering evidence to prosecute those responsible for war crimes in Syria.

So the USA is pointing the finger at the Syrian government on war crimes. Destroying crops is a war crime. On the 17th May 2020 the total number of areas whose crops were burned exceeded 300 hectares, spread over the countryside of Aleppo, Raqqa and Hasaka, Daraa and Suwayda, which are rich agricultural land.

Crops in southern Syria, have witnessed similar fires days before, which turned tens of hectares of land planted with wheat and barley into ash.

The United Nations officials have expressed concern that this measure comes at a time when the epidemic of the Coronavirus may lead to food insecurity. Days after Syria claimed that American forces in the country had burned large areas of wheat crop fields, a report emerged stating that the destruction of those crops was carried out by the forces on personal orders
by President Donald Trump.

USA not content with stealing oil and bombing civilian targets within Syria and supplying terrorists with weapons and training have now committed the cardinal sin of attacking food supplies that this nation needs so badly. The economic war and terrorist war operate hand in hand, causing much suffering to the people of Syria as possible.

The cost of living is so high now that people are starving ,to take away the internal agriculture of wheat and barley is a Haynes crime against humanity.

If people are malnourished there is more opportunity for disease and infection to spread example was Tuberculosis last year which reemerged and the World Health Organization eradicated almost as soon as it appeared.

Now we have a worldwide pandemic covid 19 which attacks the old and the weak ,if people cannot eat then the immune system and defensive mechanism is lowered. Every action has a consequence ,Donald Trump and his war hawks clearly understand this ,
but they remain immune from prosecution, as do Obama, George W Bush, and Tony Blair for war crimes and regime change wars.

I am one of the few people who have visited places inside Syria and witnessed war crimes.
Raqqa 60 thousand civilians buried under rubble from USA bombardment.
Deir Ezzor the air strike by USA on a the bridge.
Douma supply of chemical components for chemical weapons.
Destroying Syrian wheat and barley which is natural strain and not Genetically modified wheat which the USA is so badly trying to introduce to the world is a crime.

A war crime is a war crime and we wish Doctor Barakat and the Syrian Foreign Ministry success in this action.