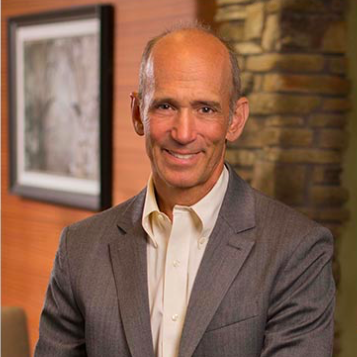 Operation Warp Speed, a joint operation between U.S. Health and Human Services (HHS) and the Department of Defense (DOD), continues to be shrouded in secrecy, but little by little information is emerging that long-term monitoring of the U.S. public is part of the plan.

At face value, OWS is a public-private partnership tasked with producing therapeutics and a fast-tracked COVID-19 vaccine — 300 million doses’ worth that are intended to be made available starting in January 2021.

But it appears the involvement doesn’t end there. Rather than just ensuring a vaccine is produced and made available for those who want it, Moncef Slaoui, the chief scientific adviser for Operation Warp Speed, dubbed the coronavirus vaccine czar, said in an interview with The Wall Street Journal that the rollout will include “incredibly precise … tracking systems.”

Their purpose? “To ensure that patients each get two doses of the same vaccine and to monitor them for adverse health effects.” In an interview with The New York Times, Slaoui described it as a “very active pharmacovigilance surveillance system.”

What will the vaccine monitoring system entail?

This is the number one question, and one that hasn’t been answered, at least not officially. “While Slaoui himself was short on specifics regarding this ‘pharmacovigilance surveillance system,’” news outlet Humans Are Free reported, “the few official documents from OWS that have been publicly released offer some details about what this system may look like and how long it is expected to ‘track’ the vital signs and whereabouts of Americans who receive a Warp Speed vaccine.”

One of the documents, “From the Factory to the Frontlines: The Operation Warp Speed Strategy for Distributing a COVID-19 Vaccine,” was released by HHS. It also mentions the use of pharmacovigilance surveillance along with Phase 4 (post-licensure) clinical trials in order to assess the vaccines’ long-term safety, since “some technologies have limited previous data on safety in humans.”

The report, which lays out a strategy for distributing a COVID-19 vaccine, from allocation and distribution to administration and more, continues:

“Robust analytical tools will be used to leverage large amounts of data and the benefits of using such data across the value chain, including regulatory obligations. Pharmacovigilance provides timely information about the safety of each vaccine to patients, healthcare professionals, and the public, contributing to the protection of patients and the promotion of public health.”

Similar language was reiterated in an October 2020 perspective article published in The New England Journal of Medicine (NEJM), written by Slaoui and Dr. Matthew Hepburn.

Hepburn is a former program manager for the U.S. Defense Advanced Research Projects Agency (DARPA), where he oversaw the development of Profusa an implantable biosensor that allows a person’s physiology to be examined at a distance via smartphone connectivity. Profusa is also backed by Google, the largest data mining company in the world.

In NEJM, the duo writes, “Because some technologies have limited previous data on safety in humans, the long-term safety of these vaccines will be carefully assessed using pharmacovigilance surveillance strategies.”

Humans Are Free also references an OWS infographic, which details the COVID-19 vaccine distribution and administration process. One of the four key tenets is “traceability,” which includes confirming which of the approved vaccines were administered regardless of location (public or private), reminding recipients to return for a second dose and ensuring that the correct second dose is administered.

That word — pharmacovigilance — is used again, this time as a heading inferring that the U.S. Food and Drug Administration and the U.S. Centers for Disease Control and Prevention will be involved in “24-month post trial monitoring for adverse effects/additional safety feature.” Pharmacovigilance, also known as drug safety, generally refers to the collection, analysis, monitoring and prevention of adverse effects from medications and other therapies.

Passive reporting systems for adverse events, like the Vaccines Adverse Event Reporting System, already exist and are managed by the FDA and CDC.

However, a report released by Johns Hopkins Bloomberg School of Public Health, Center for Health Security suggests that passive systems that rely on people to send in their experiences should be made into an “active safety surveillance system directed by the CDC that monitors all vaccine recipients — perhaps by short message service or other electronic mechanisms — with criteria based on the World Health Organization Global Vaccine Safety Initiative.”

What’s more, according to Humans Are Free, “Despite the claims in these documents that the ‘pharmacovigilance surveillance system’ would intimately involve the FDA, top FDA officials stated in September that they were barred from attending OWS meetings and told reporters they could not explain the operation’s organization or when or with what frequency its leadership meets.” STAT News further reported:

“The Food and Drug Administration, which is playing a critical role in the response to the pandemic, has virtually no visibility into OWS — but that’s by design … The FDA has set up a firewall between the vast majority of staff and the initiative to separate any regulatory decisions from policy or budgetary decisions.

“FDA officials are still allowed to interact with companies developing products for OWS, but they’re barred from sitting in on discussions regarding other focuses of OWS, like procurement, investment or distribution.”

Johns Hopkins Bloomberg School of Public Health, Center for Health Security, by the way, has ties to Event 201, a pandemic preparedness simulation for a “novel coronavirus” that took place in October 2019, along with Dark Winter, another simulation that took place in June 2001, which predicted major aspects of the subsequent 2001 anthrax attacks.

Hepburn also reportedly “ruffled feathers” during a June 2020 presentation to the CDC’s Advisory Committee on Immunization Practices because he offered no data-rich slides, which are typically part of such presentations, and, STAT News reported, “Several members asked Hepburn pointed questions he pointedly did not answer.”

Google and Oracle, multinational computer technology corporations headquartered in California, in the heart of Silicon Valley, have been contracted to “collect and track vaccine data” as part of OWS’ surveillance systems, a partnership Slaoui reportedly revealed in his Wall Street Journal interview. According to Humans Are Free:

In an interview with investigative journalist Whitney Webb, it’s also revealed that Slaoui, a long-time head of GlaxoSmithKline’s vaccine division, is a leading proponent of bioelectronic medicine, which is the use of injectable or implantable technology for the purpose of treating nerve conditions.

The MIT Technology review has referred to it as hacking the nervous system. But it also allows monitoring of the physiology of the human body from the inside.

Slaoui is also invested in a company called Galvani Bioelectronics, which was cofounded by a Google subsidiary. “So, you have Google being contracted to monitor this pharmacovigilance surveillance system that aims to monitor the physiology and the human body for two years,” Webb says.

“And then you have the ties to the Profusa project,” she adds, “which oddly enough is supposed to work inside the human body for 24 months — the exact window they’ve said will be used to monitor people after the first [vaccine] dose.”

The conflict of interest is massive, in part because Google owns YouTube, which has been banning our videos, a majority of which are interviews with health experts sharing their medical or scientific expertise and viewpoints on COVID-19, since June 2020. As noted by Humans Are Free:

“With Google now formally part of OWS, it seems likely that any concerns about OWS’s extreme secrecy and the conflicts of interest of many of its members (particularly Moncef Slaoui and Matt Hepburn) as well as any concerns about Warp Speed vaccine safety, allocation and/or distribution may be labeled ‘COVID-19 vaccine misinformation’ and removed from YouTube.”

Is total surveillance set to become the new normal?

OWS, rather than being directed by public health officials, is heavily dominated by military, technology companies and U.S. intelligence agencies, likening it to a successor for TIA, a program managed by DARPA that sprang up after the September 11 attacks.

At the time, TIA was seeking to collect Americans’ medical records, fingerprints and other biometric data, along with DNA and records relating to personal finances, travel and media consumption. According to Webb:

“We now know, for example, that the NSA and the Department of Homeland Security are directly involved in Operation Warp Speed, But there are some indications as to what they could be involved with.

“And the fact that Silicon Valley companies that have been known to collaborate with intelligence [agencies] for the purpose of spying on innocent Americans — Google and Oracle, for example — are going to be involved in this surveillance system … for everyone that gets the vaccine.

“It’s certainly alarming, and it seems to point to the fulfillment of an agenda that was attempted to be pushed through or foisted on the American public after September 11, called Total Information Awareness, which was managed, originally, by DARPA.

“A lot of the same initiatives proposed under that original program after September 11 have essentially been resurrected, with updated technology, under the guise of combating COVID-19.”

A key difference is that TIA was quickly defunded by Congress after significant public backlash, including concerns that TIA would undermine personal privacy. In the case of OWS, there’s little negative press and media outlets are overwhelmingly supportive of the operation as a way to resolve the COVID-19 crisis.

But what if it’s not actually about COVID-19 at all, but represents something bigger, something that’s been in the works for decades? As Humans Are Free puts it:

“The total-surveillance agenda that began with TIA and that has been resurrected through Warp Speed predated COVID-19 by decades.

“Its architects and proponents have worked to justify these extreme and invasive surveillance programs by marketing this agenda as the ‘solution’ to whatever Americans are most afraid of at any given time. It has very little to do with ‘public health’ and everything to do with total control.”

Published with permission from Mercola.

Dr. Joseph Mercola is the founder of Mercola.com. An osteopathic physician, best-selling author and recipient of multiple awards in the…

Sign up for free news and updates from Robert F. Kennedy, Jr. and the Children’s Health Defense. CHD is implementing many strategies, including legal, in an effort to defend the health of our children and obtain justice for those already injured. Your support is essential to CHD’s successful mission.

Canada Is No Longer Recognizable To Those Who Are Paying Attention