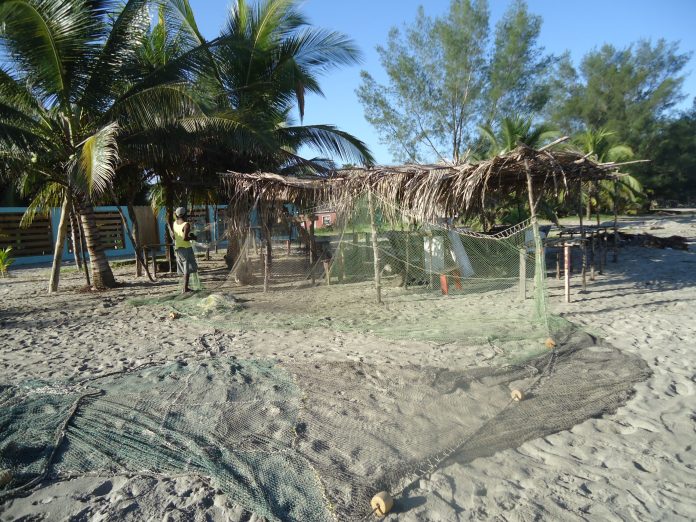 Resource-rich Honduras, once considered the “bread basket of Central America”, is now a failed state.

More than half of the population lives in poverty, and the country boasts the world’s highest murder rate.  The title “Murder Capital of the World” is well earned, especially since impunity for murder is the rule rather than the exception.

In 1989, local farmers supplied 90 per cent of its food requirements, with 20,000 farmers making their living through the production of rice. Now, there are 1,300 rice farmers,  and the best land is inaccessible.

Thanks to the World Bank and IMF loans —- bundled with destructive neoliberal economic policies — the best farmland now supports lucrative monoculture plantations of African Palm, harvested to serve global demand for its oil.  The local economy, however, is asymmetrical, so most Hondurans do not benefit from agri-business profits. Instead, sustainable farming operations, unable to compete, are destroyed, the economy suffers, and poverty rates skyrocket.

Of all the Central American countries, Honduras is most open to free trade; it is also one of the poorest countries in the Western hemisphere. And the current plight of Honduras is for the most part by design.

Prior to the 2009 coup against the democratically-elected government of Manuel Zelaya,  Honduras joined the Bolivarian Alliance for the Americas (ALBA by its Spanish acronym) Under the ALBA trade bloc, interest rates were seven per cent.  In post-coup Honduras, interest rates are 28 per cent.  Low interest rates would benefit the economy and the people, but not Big Finance.  (Banks in Honduras resemble Taj Mahal’s relative to the surrounding poverty.)

ALBA pushes for localized, independent media.  Today, 95 per cent of the Honduran media is owned by corporate conglomerates.

All of the ALBA initiatives reduce poverty, improve local economies, reduce crime, and enable democracy.  In Honduras, reckless (and murderous) corporate interests killed each of these progressive policies.

Two glaring facts: the existence of 6 military bases in Honduras, and the CIA’s history of orchestrating illegal coups, including one in neighbouring Guatemala in 1954, support this theory.

A Jan. 23, 2009 article in the Los Angeles Times, “The high-powered hidden support for Honduras’ coup: The country’s rightful president was ousted by a military leadership that takes many of its cues from Washington Insiders”lends further credence to this theory.  The article describes a number of incriminating factors, including links between the coup’s ostensible leader, General Romeo Vasquez, and the U.S:

“What happened in Honduras is a classic Latin American coup in another sense: Gen. Romeo Vasquez, who led it, is an alumnus of the United States’ School of the Americas (renamed the Western Hemisphere Institute for Security Cooperation). The school is best known for producing Latin American officers who have committed major human rights abuses, including military coups. ”

Honduras is a microcosm of the evils of neo-colonialism, and its close ally, corporate globalisation’s neoliberal economic model. Many of Honduras’ champions of freedom and democracy have already been murdered, and many remain on an infamous “Kill List.”

Instead of occupying Honduras (with six U.S military bases) to ensure freedom and democracy, the U.S (with Canada firmly in tow) occupies Honduras to ensure the exact opposite.

As Canadians, with the Canada-Honduras Free Trade Agreement, we are complicit, but we can still make a difference by raising awareness, and by continuing the struggle against the global corporatocracy.

Freedom-loving Hondurans, on the front-lines against corporate globalism, are counting on it.